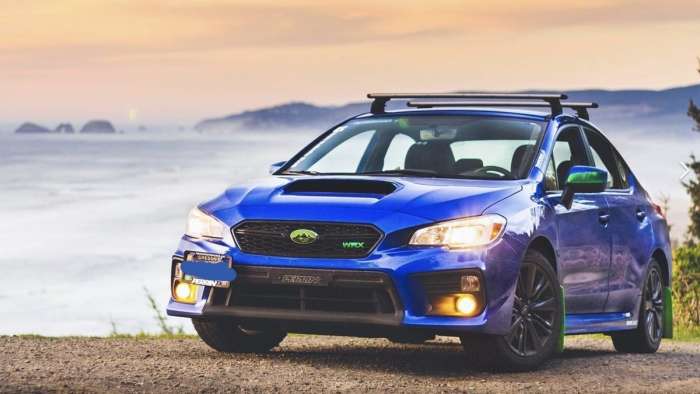 Aging Subaru WRX Needs An Overhaul Before It’s Left Behind, Hyundai Veloster N Is On Top

Forbes likes Veloster for its aggressive handling, excellent braking, and overall value. Even though it has a quirky third door, it’s a hatchback body style that is getting attention. It’s in stark contrast to the Subaru WRX sedan that’s badly in need of a complete overhaul. Forbes also shot down the 2019 Subaru WRX STI putting it on the top-ten cars in America to avoid buying list.

Here is Forbes’ ranking from best to last in the compact sports cars segment. Hyundai Veloster N, Volkswagen GTI, Mazda MX-5 Miata, Toyota 86, Subaru WRX, Honda Civic Si. Forbes says, “During controlled track laps” the hot hatch impressed them over these other sports cars. They even picked the Toyota 86 ahead of the Subaru WRX. 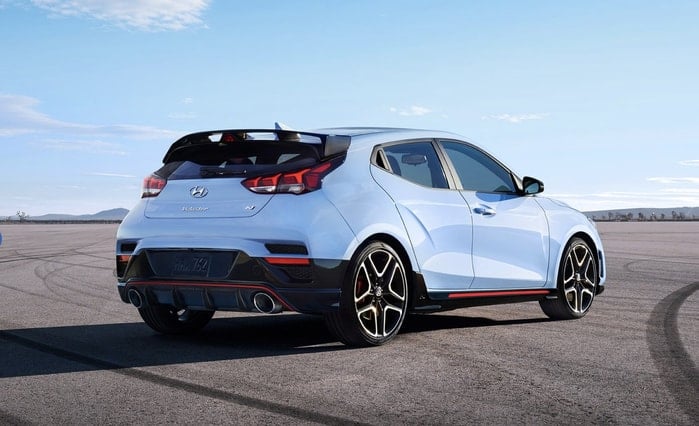 They say, “Veloster, with an overall value under $30,000 beats every other similarly-equipped hot hatch.” The other “hot hatches” they tested against were the Civic Si and the Volkswagen GTI. All the other sports cars are coupes and one sedan, the WRX.

The 2019 Subaru WRX still gets high marks for its all-wheel-drive capability, affordability ($27,195), 2.0-liter turbo boxer engine, and rally-bred driving dynamics. The WRX is also popular for its many aftermarket modification options. One thing that’s missing is a 5-door hatchback body style.

The current-generation 2019 Subaru WRX is getting old and needs a complete redesign. Subaru Corp isn’t expected to bring the new-generation WRX/STI until 2020 as a 2021 model. If Subaru wants to keep up with the newest sports cars like the Veloster N, they better keep the sport-tuned sedan fresh. If Subaru Corp doesn’t keep the WRX moving forward it could get farther behind in the compact sports car race.

Denis Flierl wrote on June 2, 2019 - 7:16am Permalink
What design or performance upgrades do you think Subaru needs to make on the next-generation WRX?
Mark Kaufman wrote on June 3, 2019 - 9:21am Permalink
Wow... As a 4th gen WRX owner, I'd say that the sedan body is a mistake, it gives a "Big" feeling and a decrease in viability.... although the pillars between front and rear windows do help the roll cage. I'm getting tired of shifting, how about a nice DCT transmission for the next generation. What always sells me is Subaru handling, and that AWD system that no FWD car can match, for real, so, uh.... don't mess with it. Subaru has some hard choices to make, after all, leading the class in safety and performance is why I continue to buy them...the GTI is prettier, but I can force it into understeer easily, up here, where we have snow, that's an issue, same for the Hyundai.... Forbes is a financial publication, WTF do they know?
Chris wrote on June 13, 2019 - 8:55pm Permalink
"That no FWD car can match" ? Except for the Civic Type-R which it faster on literally every single track on the face of the planet. The WRX is just not as agile and can't rotate at the speeds the FWD CTR can.
Digitaldoc wrote on June 2, 2019 - 9:56pm Permalink
I will give Subaru a hint that the key to better performance is not a CVT, or their Eyesight system!
Maggie wrote on June 3, 2019 - 12:28am Permalink
Subaru should make the WRX in a hatchback again anyway! Time for a wagon comeback.
Jim Arens wrote on June 3, 2019 - 10:11am Permalink
Two words. Ford Mustang. A tuned Subaru is one of the few exciting (affordable) cars you can pick out with just a pair of ears. It may not or ever be the best, but I think it will retain a well-earned following through the next few generations of gear heads. Just helped my son buy his first car, an' 06 GTI for $3k. Almost done working off all the mechanical defects for under $1k. It's been a great project. Great time to be alive to have these cars to compare in the first place.