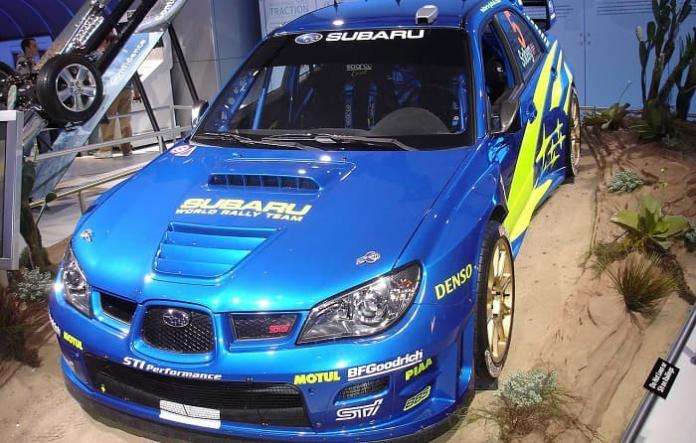 7 Things You Didn’t Know About Subaru, But Need To Before You Buy One

Are you thinking about buying a Subaru? Here’s 7 things you didn’t know, but need to before you buy one.
Advertisement

Driving a Subaru is cool in Portland Oregon and Boulder, Colorado, but people in Cape Coral-Fort Myers, Florida don’t know anything about the brand. Here’s a list of 7 little known facts you need to know before you buy a 2018 Outback wagon, Forester SUV or Crosstrek crossover. If you buy a Subaru you are embarking on a journey like no other and you need to know a little about the Subie culture.

Plan on keeping it awhile

Experian Automotive found nearly 70 percent of consumers who own a Subaru will return to buy another one. Subaru owners average 8.3 years before turning the vehicle in, with 42 percent keeping the vehicle for over 10 years. And plan on passing it down to one of your kids, it’s just what Subie owners do.

One discontinued Subaru is the safest vehicle for your pet

Edmunds.com rated the top 10 safest vehicles for pet ride-alongs and the Subaru Tribeca made the list. The Tribeca was commended for steering wheel mounted controls and rear back-up camera. Unfortunately, the Tribeca was axed by Subaru, but a new 3-Row Ascent is coming. You will find out quickly that Subaru loves pets. They will even encourage you to return to the dealer and donate supplies, take a photo with your furry friend in a fun, pet-friendly photo frame or sign up to volunteer at a local animal welfare organization. If you don’t have a dog and own a Subaru, you are going to feel left out.

Subaru’s WRX is an iconic rally-bred model known for its all-wheel-drive. Baby Driver was one of the best-reviewed movies of the summer and they used a Subaru WRX sedan as a heist getaway car driven by the main character Baby, played by Ansel Elgort. Allpro Subie, an independent, Subaru-specific shop near Atlanta, GA built a total of five red 2006-2007 WRX models for filming. Four were working stunt cars and the fifth was used for scenes filmed inside the car. A high-speed reverse 180 and flawless drift-around-a-corner stunt required the unthinkable, a conversion of one of the WRX stunt cars to rear-wheel drive.

What’s up with the stars on the logo?

While many automakers are going for the raked look on their SUVs and crossovers, Subaru has chosen to keep a more upright body style. Why do they keep the “boxy” look over more stylish designs? It all has to do with visibility. Subaru keeps the large windows and low window sills to help ensure you can see everything you need to. Consumer Reports even rated the Forester, Outback and Legacy the top-rated vehicles with the best view of the road.

You better lock your Subaru especially if you live in the Pacific Northwest or in the Rocky Mountains. There was a stretch when Portlanders kept waking up to find empty parking spaces. According to an Oregon newspaper, 20 Subarus were reported stolen each month in the City of Roses. Last December, a staggering 90 Subarus were reported stolen. Near Denver, Simply Subie club members were hit with “easily over 100 stolen Subarus” stolen in July, 2017.

You need to love stickers

We’ve all seen the Subaru Forester or Outback loaded up with stickers on the back. This can’t be explained with any reasonable explanation. Subaru of America even encourages adding more stickers to your vehicle. They contribute to the phenomenon with their “Badge of Ownership” with “Loyalty” numbers and 48 “Lifestyle” icons. If you spot an older Subaru Outback or Forester with no stickers, it’s unusual. Get ready to sticker and badge-up your new Subaru.