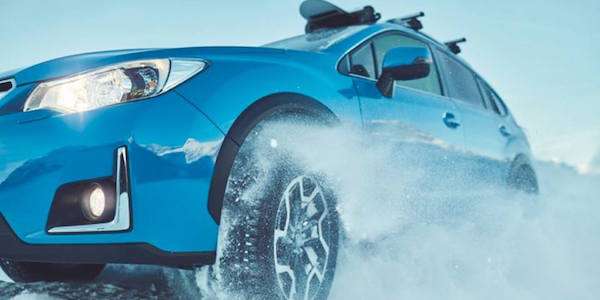 Here’s 7 reasons why the 2018 Subaru Crosstrek will be the brand’s hot new CUV.
Advertisement

The Subaru brand is about to get hotter in the U.S. and around the globe. There’s a new CUV coming from Subaru and it’s set to arrive later this year. It’s not a new model, but the Crosstrek CUV is about to get a complete makeover which will make it Subaru’s hot new CUV when it hits showrooms.

Subaru has been cashing in on the hottest segment in the auto industry, SUVs and CUVs. Subaru has their best-selling Outback wagon and Forester SUV and the Crosstrek is also hot right now even in its first-generation trim. The Crosstrek made its global launch in 2012, and it’s set to get a total remodel for the 2018 model year. The 2018 Subaru Crosstrek will be coming with significant changes.

Right now before its remodel, Crosstrek had its best December ever, and best month ever, finishing with a 26.4 percent increase over the previous December. The Crosstrek is now the third best selling vehicle in Subaru’s stable in the U.S. behind Outback and Forester. Crosstrek came close to the 100,000 unit mark with 95,677 units sold in 2016. And it’s about to set new marks in 2017.

What’s next for Crosstrek?

The all-new 2018 Crosstrek will ride on Subaru’s new Global Platform. Look for six new things on the 2018 Crosstrek. The all-wheel-drive crossover will grow slightly in size, ride on an all-new platform, and enjoy better fuel economy with a direct-injection engine. The new-gen Subaru 2.0-liter engine, with the addition of direct injection, will come with increased horsepower to 152 from 148. Expect fuel economy to increase slightly too. It will also come with several Eyesight upgrades, including the addition of Lane Keep Assist, High Beam Assist, and Reverse Automatic Braking when an obstacle is detected backing up.

Lastly, the new-generation Crosstrek has been targeted by Subaru to be the first model in the lineup to get full electrification. It will likely get a new plug-in hybrid powertrain first, and all-electric power by 2021. Look for the 2018 Subaru Crosstrek to arrive late next year. Sweeping changes are coming to the all-new 2018 Subaru Crosstrek. It’s about to become the brand’s hot new CUV in the lineup.

MIKE ONYEADOR wrote on January 23, 2017 - 11:02am Permalink
I WILL LIKE ALL NEW INFORMATION ABOUT SUBURU'S NEW PRODUCT.