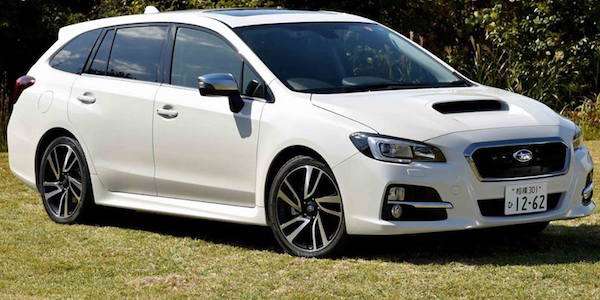 The all-new 2016 Subaru Levorg sports tourer is making its dealer launch in Australia. WRX fans should be glad it’s not being sold in the US.
Advertisement

There’s 6 reasons WRX fans should be happy the new 2016 Subaru Levorg sports wagon isn’t coming to U.S. shores. According to Wheelsmag.com, Subaru has ruled out adding a 6-speed manual gearbox to the Levorg 2.0GT-S Spec B wagon. According to the report, the manual shifter was never an option for the car. Why are they taking away the cars sportiest feature?

Why no 6-speed gearbox?

Levorg shares the same 2.0-liter engine with the WRX sports sedan, but the WRX comes with a 6-speed manual and a new CVT automatic. Like WRX, Subaru executives wanted the Levorg sports tourer to appeal to a wider audience, specifically young female buyers in Australia. And it’s working. Both males and females are buying the performance sedan. But why not offer a manual in the Levorg?

Hiep Bui, a Subaru Australia engineer, helped tune the new Levorg’s suspension to suit Australia’s unique road conditions. He says the Levorg was only going to get the CVT automatic because of its appeal to the whole family. He told Wheels, “It suits the family male, who wants the feeling of a big car to drive, and also the family wife who wants to drive a smaller car, so the Levorg is a good compromise that fits right in.” Subaru is also marketing to a new younger female demographic. How else are they doing it?

This female race driver is the new face of Subaru AU

Subaru Australia is going after a new buyer with a new lineup of cars like the Levorg with a CVT. They recently came out with a new ad campaign called Subaru do. It’s all about doing more in your new Subaru. They also have a new female Rallycar driver, Molly Taylor, who drives the 2016 Subaru do Motorsport WRX STI rally car in the Australian Rally Championship. It’s all done with the intent of attracting young female consumers to the Subaru brand.

Subaru Australia isn’t looking to sell the new 2016 Levorg 2.0GT-S Spec B to true performance enthusiasts. The WRX and WRX STI is for them. The WRX CVT is a good combination, but it’s geared toward a different buyer than the typical performance enthusiast looking for all-out performance. Bui went on to say, “The WRX has attracted female buyers because it has a CVT. For us, a male wants to drive the car, wants it to handle, they want to push it to its limit, which suits a manual.” WRX fans shouldn't be too disappointed the CVT-only Levorg sports wagon isn’t being sold in the US.