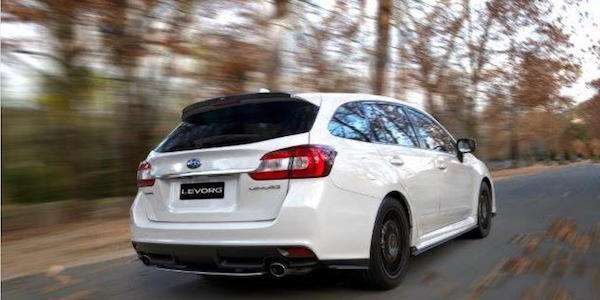 Subaru launches the 2016 Levorg in Australia. Why won’t you see it in the U.S.?
Advertisement

The New 2016 Subaru Levorg is the brands first all-new model since the BRZ sports coupe launched in 2012. It’s a sporty wagon that will only be sold in Japan, Europe and Australia. With the new 2017 Impreza 5-Door launching later this year, Subaru thinks it wouldn’t sell here in the US.

Performance fans in North America have been asking for a 5-Door body style in the WRX/STI performance machines. So far, Subaru is waiting on that variant. Fans would certainly buy a compact sports tourer like the Levorg. It’s sporty, fast and agile. What’s offered in Australia?

Two variants and an option package

The Levorg sports wagon is powered by a turbocharged 2.0-liter Direct Injection engine, producing 197 Kilowatts of power (264hp) 350 Nm (258 lb. ft) of torque. It comes mated to a sport Lineartronic Continuously Variable Transmission (CVT) like the WRX gets in the US. Subaru’s Intelligent (SI) Drive enables stepless shift control for a wide range of driving styles, from sporty to economical.

PAGE 2: What STI upgrades are available on Spec B?

The new Levorg 2.0 GT-S and 2.0 GT-S Spec B are available with a choice of interior leather trim color, Black or Bright Pearl, both with blue stitching. US performance enthusiasts can only look and not touch this new 2016 Subaru Levorg. It won’t be coming to North American shores.