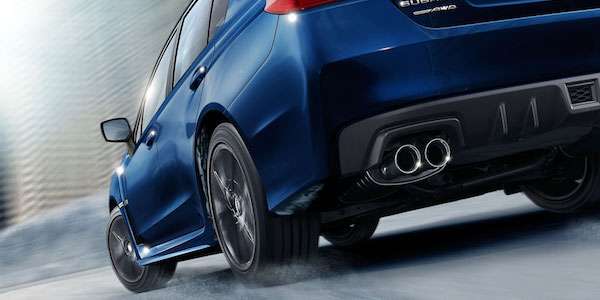 Subaru unveiled their Global Platform and the next-generation WRX and WRX STI will benefit in big ways. Five new enhancements are coming.
Advertisement

Subaru unveiled their Global Platform that’s coming on all their next-generation vehicles beginning with the 2017 Impreza. The new enhancements will also benefit the WRX/STI all-wheel-drive sports cars. Subaru says it’s the biggest overall performance evolution in the companies history. These improvements are coming on all Subaru vehicles and the percentages could be different on the WRX and WRX STI.

Five new enhancements are coming on next-generation Subaru WRX and WRX STI performance sedans that will benefit performance enthusiasts. Subaru says the body and chassis will be 70-100 percent more rigid which will translate to improved steering response. Improvements to the suspension system will also give the performance cars a lower center of gravity which will improve overall driving performance. Subaru says the new platform achieves a center of gravity that is 5 mm lower than present models.

Driver engagement will get dialed up

The rally-bred sports cars have always blown the top off the fun-to-drive meter, but new enhancements will dial up driver engagement even more. The increased rigidity of the suspension mounting will also reduce body roll by 50 percent. This will translate to improved performance in the corners. New suspension upgrades will reduce vibrations and produce a smoother ride quality over the current generation models.

Performance enthusiasts will be significantly safer in the new models. Subaru already has a top safety rating for all their vehicles, yet the Japanese automaker is advancing the safety of their vehicles even more with the new platform. It will include more high-tensile steel plates including materials formed by a hot press method. Subaru says this will absorb more energy in the event of a collision. Impact energy absorption will be improved by 40 percent over present models.

No announcement has been made, but Subaru will likely replace the aging 2.5-liter turbo boxer powerplant in the next-generation STI. Look for them to use the 2.0-liter turbocharged boxer engine that powers the Japan-only WRX STI S207 that was introduced at the Tokyo Motor Show in last year. The S207 gets exclusive STI engine upgrades and tuned to get a maximum power output to 328 PS (323hp). The high-output balanced 2.0-liter turbo engine gets internal upgrades from STI that include an exclusive engine control unit (ECU), twin scroll ball bearing turbocharger, performance muffler with lowered back pressure mated to an exclusive rear exhaust pipe and STI-designed strengthened silicon intake duct.

The new Subaru Global Platform will bring many upgrades for the next-generation Subaru WRX and WRX STI performance cars. The new enhancements will mean improved driving dynamics and driver engagement will get dialed up for the new-gen WRX and WRX STI. If you are thinking of buying a current model, you may want to wait for the new models with Subaru’s Global Platform.