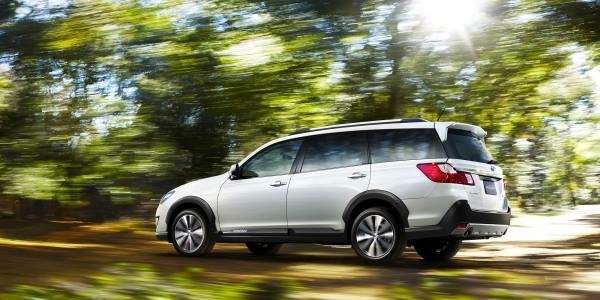 Subaru has a business plan that includes a new plug-in-hybrid model. When will Subaru unveil the new PHEV?
Advertisement

Fuji Heavy Industries (FHI) President (maker of Subaru automobiles) Yasuyuki Yoshinaga told Automotive News recently that the small Japanese automaker will introduce a plug-in hybrid for North America. Until now FHI has made the XV Crosstrek crossover Hybrid which is the first hybrid model in their lineup. Now a new Subaru plug-in-hybrid is coming.

When is the PHEV coming to North America?

Things are changing at Subaru as they will need to meet California's zero-emission vehicle standards taking effect in 2018. Subaru has said it plans to introduce a plug-in hybrid for North America by then. FHI is developing new hybrid drivetrains as a favored way to meet increasingly stringent emission standards. Yoshinaga told AN, “Fuji Heavy is working to comply with California's zero-emission vehicle standards taking effect in 2018.”

Subaru has just introduced the second hybrid model in their all-wheel-drive lineup. The new 2016 Subaru Impreza Sport Hybrid will be launched in Japan this summer. Subaru has opened up an official website for the new Impreza Sport Hybrid for the Japan market and are accepting orders now. Subaru will launch the new Impreza hybrid at a future announced date...read more.

There’s more new products coming from Subaru soon. Subaru’s 2020 Vision Plan calls for further expansion through 2020 which will include new products, better engines, increased production and cost cutting. Starting with next year’s models, Subaru will introduce a new modularized platform called the Subaru Global Platform that will support every model from the Impreza compact to the SUV-alternative Outback. It will make its debut in the next-generation Impreza in 2016.

Other investments in the 2020 Vision include changes to Subaru’s gas engines to make them more fuel efficient. Subaru will upgrade all gasoline engines to direct injection starting in 2016. The technology will be standard in the next-generation boxer engine Subaru will roll out. Subaru also will add cylinder deactivation and lean combustion cycles in these engines by 2020.

Other new products will include a new 7-seat SUV that will be geared toward the U.S. market which is Subaru’s largest global market with 62 percent of their sales. It will replace the outgoing Tribeca and will fit well into Subaru’s all-wheel-drive recreation-purposed lineup. Look for Subaru to introduce a new plug-in hybrid for North America in 2018. The new Subaru PHEV will be based on Toyota’s hybrid technology. Stay tuned.

Terry wrote on August 3, 2015 - 11:49pm Permalink
Subaru hybrid was a flop! Poor mpg, dumb hybrid system revs 2500 rpm desending. Down steep hill, very weak 100v hybrid system which is depleted in no time! Ev. Motor that produce a whooping 27lbs torque!
phil bodi wrote on October 23, 2015 - 3:01pm Permalink
You are right. This was not a true hybrid but a convenience one, made because the US requested some of the constructors to present hybrids for sale, but some people got fooled...