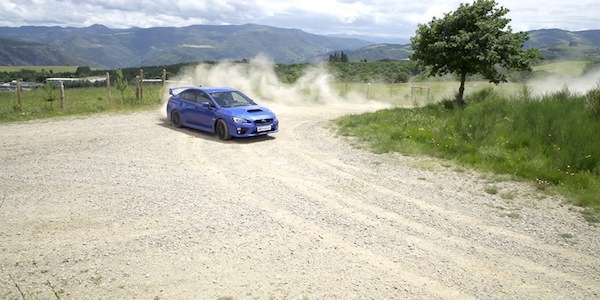 2015 Subaru WRX STI is quick in the dirt and it’s helping charities in a big way. Why does every WRX STI purchase help everybody win?
Advertisement

2015 WRX STI buyers may not know it, but their performance car purchase goes to benefit our world in 612 unique ways. 2015 WRX STI helps performance fans win at the track, and it also is helping everyone win by helping Subaru’s charitable partners in a huge way. With every 2015 STI purchase from November 20, 2014 to January 2, 2015, Subaru will donate $250 to the customer's choice of the following charities: ASPCA, Make-A-Wish, Meals On Wheels Association of America, and National Park Foundation. They do it for every vehicle in their lineup.

Why is this a big deal?

2015 WRX STI sales are booming and it’s helping everyone in the U.S. Subaru of America announced it will donate $15 million to charitable partners during its seventh annual “Share the Love” event. In 2013, Subaru donated $10 million to “Share the Love” charities and over the course of the six year program, Subaru has donated a total of $35 million.

WRX STI sales are up

The sales growth experienced by the brand especially this year means that by continuing to donate $250 per vehicle sold during the program, total charitable contributions will likewise increase, this year to $15 million. “We are thrilled to continue the Share the Love program. It is part of our culture as an organization to support causes important to our customers,” said Alan Bethke, vice president of marketing, Subaru of America, Inc. “By the end of this year, Subaru will have donated $50 million to worthy causes.”

Subaru says that in addition to the four national organizations that benefit in a big way, Subaru dealers can choose to add a local charity for their customers to support. This year alone, 608 “hometown charities” have been selected by Subaru dealers. With Subaru retailers also making their own donations to local charities, total donations will be well in excess of the $15 million committed by Subaru of America.

Subaru sales in September were the best-ever for the month and 2015 WRX STI sales are up 33.2 percent for the calendar year. By purchasing more of these sports cars, performance fans are helping fuel record charitable contributions that help the elderly, children, animals and the environment. Subaru's Share the Love program is another way they stay connected to their customers and it's helping fuel record sales.