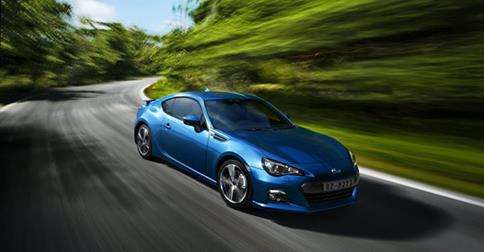 The Subaru brand is flying high,but the 2015 Subaru BRZ can’t get off the ground. What does Subaru need to do with the two-door sports coupe?
Advertisement

The news out of Subaru of America is nothing but spectacular except for the 2015 Subaru BRZ sports coupe. We’ll give you the good news first from the Japanese automaker, and then the bad news. Sales for Subaru of America are up 31 percent year-over-year, the new 2015 Legacy sedan had its best month ever, September was the best month for 2015 Outback, Forester and XV Crosstrek.

Things seem to be going well for the brand that makes multi-purpose vehicles. The high-performance 2015 WRX and WRX STI are also flying out of dealer showrooms and seeing a 33.2 percent increase YTD. And the Subaru brand has its seventh consecutive month that sales have exceeded 40,000 units and 34th consecutive month of year-over-year growth. There is a lot to celebrate for Subaru except for one sports car in the lineup. 2015 Subaru BRZ sales are down month to date and are also down for the year.

Nothing has changed, and that is the problem

When the Subaru BRZ / Toyota GT86 / Scion FR-S sports coupes were launched in 2012, they were an instant hit with driving enthusiasts. The two-door rear-drive coupes were affordable and fun to drive. Nothing has changed, and that is the problem for BRZ. The sports car is still affordable, fun to drive and still comes with a 200 horsepower boxer powerplant. It had enough power to make it interesting in the beginning, but Subaru needs to bump up the hp now to keep it an attractive option and attract new buyers to BRZ.

Subaru and Scion have released “special edition” models recently, but it’s not enough to get fans excited. There have been numerous reports about STI testing the BRZ on the Nurburgring with a performance package, but Subaru hasn’t come out with the new BRZ STI with a turbocharged boxer engine yet. A new turbo BRZ STI would get fans excited and would attract new conquest customers who have never purchased a Subaru product before.If Subaru doesn’t upgrade BRZ with a new turbocharged engine and STI suspension, the exterior STI enhancements won’t be enough, and the sports coupe will continue to decline and will eventually become irrelevant.

Why does Subaru need a new BRZ STI?

Here are 4 reasons Subaru needs to upgrade the BRZ rear-drive sports coupe. If Subaru doesn’t bring out a new-generation BRZ with more horsepower, the sports coupe will continue to decline and become irrelevant. A new high-performance Subaru BRZ STI would bring new excitement to current BRZ fans and would be the needed fuel for BRZ sales. A new BRZ STI would draw new conquest customers into Subaru showrooms and increase sales across the lineup. Subaru needs to differentiate themselves from competitors like the popular Mazda MX5 Miata, Audi TT Roadster, MINI Roadster, Nissan 370Z Roadster and BMW Z4 who all offer convertible models.

Subaru has a history for making model changes every 5 years. If this holds true, we can expect a model change in 2017. 2015 Subaru BRZ sales are going in the wrong direction and something needs to change for the sports coupe. Subaru needs to come out with a new BRZ STI for performance fans.

GT FRank wrote on October 6, 2014 - 12:03am Permalink
BS, 4 reasons why the BRZ should NOT have a Turbo STI, 1. Weight ......With the turbo pluming, ungraded chaises, and 18' rims and tires. No less than 250 pounds of mass will be added to the BRZ 2. Price.........a 35 grand 275 hp BRZ will NOT BE COMPETITIVE, Even with 275 hp most competing cars especially the pony cars will still crush it. Yo are talking BMW 2 pricing. 3. Turbo lag.......Subaru cant build a good turbo. At least not for the US. All of thier turbos have lag and lack top end. the Americans and Germans do a much better job with forced injection. 4. Competing ageist yourself........ The only reason the BRZ made it to production was that Toyota insured Subaru the BRZ would not steal sales from the WRX. Right now the two cars do not compete. Many Subaru buyer own BOTH CARS. Put a turbo on the BRZ unless it is priced far above the WRX and STI most will simply take the lighter less profitable BRZ. Subaru should add a more aggressive N/A STI 220 to 230 Hp, upgrade the cooling system, exhaust brakes and tires but leave them at 17" and CHOP another 200 pounds. A 220 hp 2550 pound STI would be completely unique in the market place. Hp nuts would still go for the WRX STI. Track heads would run to a light weight more powerful BRZ STI.
FS Kluch wrote on January 8, 2015 - 12:32pm Permalink
You bring up some valid points, however I disagree with the point that it would compete with its own products with a turbo. Also I could easily see an additional 100 horsepower with a full STI package and would still be different enough from the WRX STI since it is RWD and 2-door. Theres no way they would add 10 grand onto that price with only 75 more horsepower. I do like the idea of them lowering the weight of the vehicle to 2500 pounds to compete against the new miata however.
shane wrote on March 1, 2015 - 12:36am Permalink
i believe it CAN NOT be boosted that would ruin the platform trust me, people that want to boost these will proceed to do so (to refrane character people are supercharging them alot more than turbocharging them) and an extra 50-60hp would be highly possible....the aftermarket can have you atain 300whp on a na set up if your willing to invest a little over 10k into your engine...a new wrx sti can cost 10k plus what a brz is selling for...so please subaru do another great thing and dont add boos keep it na save weight if possibel upgrade the tires brakes suspension...and youll make a cayman, z4,slk, miata killer!