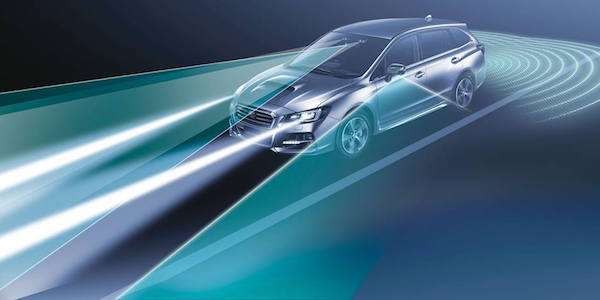 Subaru gets another top safety rating for their new Levorg sports wagon. EyeSight is the reason.
Advertisement

Subaru talks about safety, but they also back it up with cars that score highest in crash tests. Most automakers have safety technology these days, but Subaru has EyeSight which is a bit different than most automaker’s driver-assist systems. They just scored the highest safety rating with their new Levorg sports wagon in Europe.

Subaru’s advanced collision avoidance technology, EyeSight, contributed towards Levorg being the fifth Subaru model to score Euro NCAP’s prestigious five-star rating. It joins the 2017 Subaru Forester, Outback, Crosstrek and WRX STI which have all received the top Euro safety rating. All Levorg trims now get EyeSight fitted as standard equipment in the UK. Why is it important for consumers?

Here’s 6 of its safety features

What sets this system apart from other auto manufacturers?

Other automakers use various sensor technologies such as camera and radar or microwaves, while EyeSight function’s are purely optical. Subaru placed two camera lenses to the left and right of the rear-view mirror that together create a stereoscopic image. The camera is kept free of dirt, snow and ice build up unlike other automakers who put the sensors on the front bumper.

Another unique feature of Subaru’s EyeSight, is it’s ability to reliably capture pedestrians in dark clothing in un-lit areas, as commonly found throughout many rural areas. It automatically initiates emergency braking up to a speed of 28 mph. The severity of an accident can be significantly reduced at higher speeds.

Last year, Subaru released data from a survey of traffic accidents involving Subaru vehicles in Japan from 2010 to 2014. The data revealed a 61 percent reduction in crashes for vehicles equipped with EyeSight, compared to those without. No other automaker can make these claims. Read the full report here.

John Goreham wrote on October 20, 2016 - 6:01pm Permalink
I just tested a $53,485 2017 model year European sports sedan that did not have any form of forward collision prevention or adaptive cruise control. To get that on this compact sports sedan, one needs to spend nearly $60K since it is not even offered on the "Lower trims." Subaru has turned the tables on the premium brands. Also, in case you are interested this "sports sedan" does 0-60 MPH in 7.5 seconds. Yawn.

Panasonic Updates Profit Forecast, Noting How Much Tesla Batteries Help The Jump
2022 Porsche 911 GT3 Laps Nurburgring in 7:04 With Journalist Behind The Wheel
END_OF_DOCUMENT_TOKEN_TO_BE_REPLACED