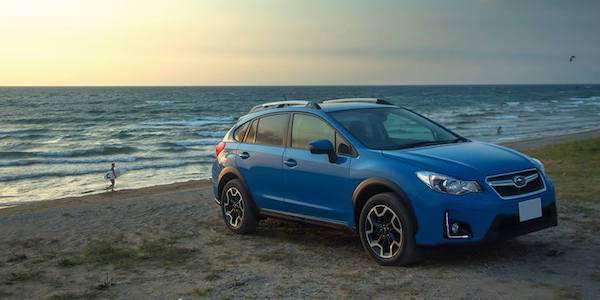 Subaru likely dropped the Crosstrek Hybrid due to slow sales, a new hybrid model is coming in 2018, and their new Global Platform will allow for more flexibility with alternative power in the future. At a $4800 premium over the gas model, most buyers weren’t willing to pay the extra dollars for the 3 mpg increase in fuel mileage. With gasoline prices hovering slightly above $2.00 a gallon, compact crossover buyers aren’t going to shell out nearly $5000 extra over the standard Crosstrek. It’s hard to convince buyers to spend the extra money, when the standard Crosstrek gets 30/34 city/highway mpg.

Subaru has created a niche all-wheel-drive market, and their target price range is between $22,000-$25,000 for their small crossovers and SUVs. The Crosstrek Hybrid had the highest starting MSRP in their lineup, even more than the flagship Outback and popular Forester SUV. The Hybrid had increased performance over the standard Crosstrek, and it ramped up the fun-to-drive meter. But along with improved mileage, it still wasn’t enough to move many Hybrids off dealer lots.

What’s coming next after hybrid

It could be a new-generation 2018 Subaru Crosstrek to get this new powertrain. The new Subaru PHEV will be based on Toyota’s hybrid technology. After this, the new global platform will allow all their vehicles to be fitted with hybrid powertrains, plug-in hybrids, electric units, and other types of alternative power units. Things are changing at Subaru. Stay tuned.

Daniel Watkins wrote on March 20, 2017 - 9:02pm Permalink
Any updates? Excited to see if Subaru will make a 'real' hybrid this time, and hopefully one with a plug and fully electrically drive rear wheels.
Daniel Watkins wrote on March 20, 2017 - 9:03pm Permalink
Using Toyota hybrid tech? I doubt their Boxer style engine will get anywhere close to the 40% thermal efficiency that the new Prius has. Hopefully they'll try though with a true Atkinson cycle boxer instead of the regular OTTO 2.0 Boxer they used in the Crosstrek mild hybrid.
Mike wrote on May 24, 2017 - 2:03am Permalink
The crosstrek and the Prius are not in the same category. The crosstrek is for people who need a vehicle capable of taking on tough road conditions. Please research why people buy a crosstrek and Subaru.
Dave wrote on August 3, 2017 - 10:36am Permalink
Was hoping for a viable Subaru hybrid SUV when the time came. Went with the 2017 RAV 4 hybrid AWD this time around. Looking forward to Subaru's future hybrid SUV offerings.
Denis Flierl wrote on August 4, 2017 - 4:15pm Permalink
There will be more coming with the new-generation Crosstrek being the first. Thanks for reading Dave!
Richard wrote on August 21, 2017 - 11:09pm Permalink
I have a 2016 Prius and get a average of 60mpg over all kept all gas fillups records. I was at the time when I bought my Prius was going to buy a crosstrek but changed my mind due to the mpg But would like a hybrid add the size of the crosstrek or hrv. I have had two Prius before and where trouble free.
Denis Flierl wrote on August 29, 2017 - 8:11am Permalink
The new Subaru Hybrid won't likely get anywhere near those mpg numbers Richard. Stay tuned. Thanks for reading!
Allen wrote on February 1, 2018 - 3:14pm Permalink
I just purchased the new 2018 Honda Clarity PHEV and not only it's fun to drive, but great mpg since I only use gas two days a week. Gone 650 miles and still have not fillup my tank. I'm looking for a AWD PHEV but nothing major as of now.
Judy C wrote on May 17, 2018 - 1:22pm Permalink
I own a 2014 xv Crossteck Hybrid and need some advice. With them being not a popular seller should I trade in now to get a better trade in. Only have 30 thousand miles it is a good car. Just do not want to be stuck with a car no one wants.