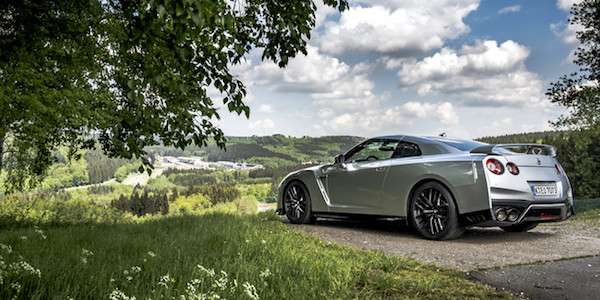 3 Popular Nissan Models Get Impressive Awards; One Will Surprise You

Three popular Nissan vehicles get singled out for special awards this week. One will surprise you.
Advertisement

The 2017 Nissan Rogue and Nissan GT-R have received awards this week, and there's a surprise award for another Nissan vehicle. The Rogue and GT-R are both popular vehicles with the Rogue crossover being the best-selling car in Nissan’s stable. The GT-R is an iconic high-performance supercar that gets lots of attention too.

It sounds like Nissan execs were a bit surprise too with the Versa Note getting singled out. Eric Ledieu, director, Chief Marketing Manager - Sedans, Sports Cars and NISMO, Nissan North America says, “While the GT-R and Versa Note occupy somewhat opposite ends of Nissan’s product lineup in terms of performance and pricing, they share a strong interest by consumers conducting new vehicle research on the Autobytel website.”

According to Autobytel, it’s an award that doesn’t express Autobytel’s opinion, but the opinion of consumers looking for vehicles online. The GT-R and Versa Note were both highly sought after by consumers visiting their website, and then decided to head to the dealer to look further. The award winners reflect the strongest combination of two things, site traffic research and the submission of lead forms to dealers, compared to all others in their competitive sets.

Rogue gets another award

The popular Nissan Rogue crossover also gets an award which isn’t a surprise. It scores the "2017 Family Car of the Year" by cars.com. Nissan's number one selling vehicle wins the prestigious award for the second consecutive year. The Rogue gets a new hybrid trim for 2017, and the family crossover received extensive updates for 2017. Vehicles selected for Cars.com "Best of 2017" awards are judged to excel in categories of quality, innovation and value.

The 2017 Nissan GT-R and Versa Note both have received upgrades for the 2017 model year and consumers are checking them out more than others in their class. There’s a lot of popular hatchback compacts out there and it’s a surprise the Versa Note is number one in consumer interest.