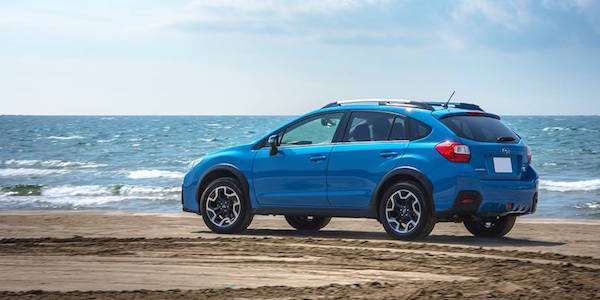 2017 Subaru Crosstrek Gets Small Price Bump, a Special Edition and One Model Gets Axed from the Lineup

One big change is coming for the 2017 Subaru Crosstrek. One model gets the axe.
Advertisement

Why does Hybrid get the boot?

As TN reported a few weeks ago, it’s likely gone because of slow sales. At a $4800 premium over the gas model, most buyers weren’t willing to pay the extra dollars for the 3 mpg increase in fuel mileage. With gasoline prices hovering slightly above $2.00 a gallon, compact crossover buyers aren’t going to shell out nearly $5000 extra over the standard Crosstrek.

About the only thing new to the Crosstrek lineup for 2017 is a new Special Edition Pure Red model. It’s a limited edition Subaru Crosstrek crossover and only 1500 will be available in the U.S. It’s based on the 2.0i Premium. If you like red, it comes splashed with the “Pure Red” color all over the exterior. It also comes with matching foldable mirrors with integrated turn signals.

Inside, this new Subaru crossover gets more red accents with red stitching accents on the leather-wrapped shift lever handle, steering wheel and door panels. Other features unique to this model includes red interior dash trim with a black inlay. Also, red interior ambient lighting creating a soft red glow onto the front floor area and storage space below the climate control greets you upon entering the cabin.

The 2017 Crosstrek models gets a small price bump of $100, a new Special Edition variant, and the Hybrid Crosstrek is axed from the lineup. The 2017 Subaru Crosstrek will arrive at showrooms November 2016.

LG's New EV Battery Plant Is a Welcome News for Tesla
Tesla Giga Berlin's New Hurdle: It's Not Only the Gov't, but Now Tesla Itself
END_OF_DOCUMENT_TOKEN_TO_BE_REPLACED