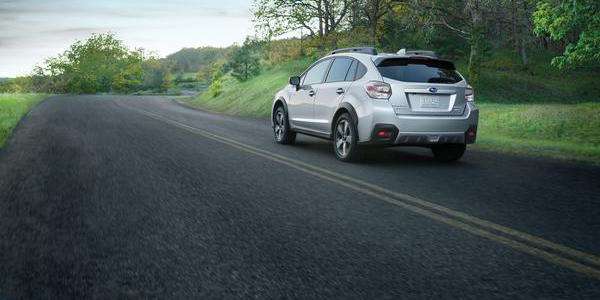 Subaru may not offer the Crosstrek Hybrid for 2017. Has it been axed?
Advertisement

If Subaru doesn’t offer it for 2017, it’s likely due to slow sales. At a $4800 premium over the gas model, most buyers weren’t willing to pay the extra dollars for the 3 mpg increase in fuel mileage. With gasoline prices hovering slightly above $2.00 a gallon, compact crossover buyers aren’t going to shell out nearly $5000 extra over the standard Crosstrek.

The Hybrid had increased performance over the standard Crosstrek, and it ramped up the fun-to-drive meter. But along with improved mileage, it still wasn’t enough to move many Hybrids off dealer lots.

The Crosstrek Hybrid used the same 2.0-liter Subaru Boxer engine, but had a slightly higher compression ratio (10.8:1) than in the standard gas model (10.5:1). It also featured reduced-friction piston rings and valve springs and a higher capacity exhaust gas regeneration (EGR) system with an EGR cooler.

It received an eco-performance boost from the hybrid’s permanent-magnet AC synchronous electric drive motor, which produced 13.4 hp. The hybrid had 12hp more for a total system output of 160hp. The XV hybrid’s electric motor also contributed 47.9 lb.-ft. of torque from 0-1,500 rpm which gave the hybrid extra power from a standing start. The hybrid crossover had a total system torque of 163 lb.-ft. at just 2,000 rpm.

What’s next for Crosstrek?

The 2017 Subaru Crosstrek won’t see many changes. Subaru made some pretty significant changes to the 2016 model during the fourth-year refresh. This refresh is humorously known as the BMC or "big minor change." Changes during this mid-cycle update included a new front end, modest interior changes, and new wheels. These changes will carry the Crosstrek through the 2017 models until an all-new Crosstrek appears as a 2018 model. Big changes are coming for the 2018 Subaru Crosstrek, as it will be the next model that will be built on the new Subaru Global Platform. Stay tuned.