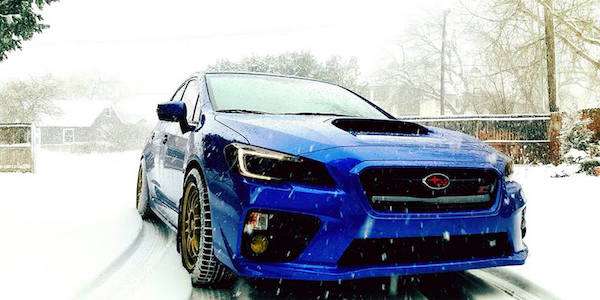 2016 Subaru WRX STI Gets in High Gear For Winter

2016 Subaru WRX/STI sales are good in spite of January’s winter stronghold. This is when they come out to play.
Advertisement

The 2016 Subaru WRX/STI is in high gear for winter, even with January’s strong storms that froze large parts of the country. Subaru of America reports strong sales of the performance cars with a slight downturn in sales over the previous January. The 2016 Subaru WRX and WRX STI sold 95 cars less than a year ago. If performance enthusiasts could get them, they would buy more.

Demand is high for WRX/STI

Subaru’s issue is not that they can’t sell the performance cars, they can’t build them fast enough. It’s an issue that is being addressed by the expansion of their plant in Lafayette, Indiana. “Our biggest issue still is we just don’t have enough cars,” Tom Doll, COO, Subaru of America, told WardsAuto last month in a recent interview.

The Subaru WRX/STI sedans are built in Gunma Japan where the plant is pumping out cars as fast they can manufacture them. Production of the performance cars actually decreased year-on-year due to fewer working days. (one day less than December 2014). Even though the WRX/STI is built in Japan, the Indiana plant ramp-up will free up space for more STIs to be built.

Subaru closed out December with just a 17 day’s supply of all their vehicles, down from 20 one year-ago and well off the 61 day’s industry average late last month according to WardsAuto data. Doll says, holiday downtime in November and December accounted for the low inventory, an effect that will carry over into the early months of 2016.

If you are looking to buy a new 2016 Subaru WRX or WRX STI, you may have to wait. Doll went on to say, “Particularly now as you get into February, these next couple allocations are going to be on the weaker side,” indicating share again may suffer.