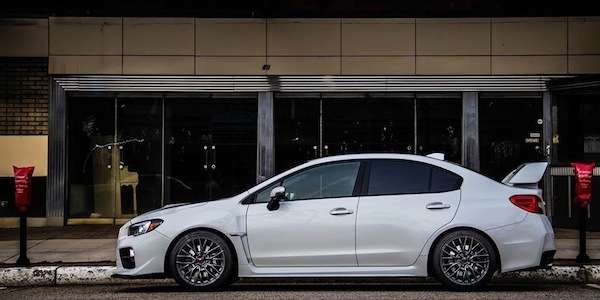 As Subaru of America reaches a historic milestone, the 2015 Subaru WRX/STI performance cars are more popular than ever.
Advertisement

On their way to the best year of sales ever in the U.S., Subaru’s performance models, 2015 WRX and WRX STI, have never been more popular. Subaru of America has reached 500,000 sales in the U.S. for the first time ever and did it on January 29. All Subaru models, are contributing to the Japanese automakers success, and the iconic WRX/STI performance cars are reaching their highest levels ever following the debut of the new-generation 2015 models that launched earlier this year. It took awhile for fans to warm up to the new performance models.

WRX was not popular with loyal fans

Back when the first 2015 WRX was unveiled at the LA Auto Show in November 2013, fans were not happy with the new-generation sedan’s styling, thought it should have looked more like the WRX Concept and weren’t happy that Subaru dropped the 5-door hatchback model and was only offering WRX and STI in the sedan body style. Things changed quickly when fans saw the first reviews and heard about the new 268 hp 2.0-liter engine and chassis upgrades WRX received.

WRX/STI fans are passionate about the performance cars that have been in the U.S. since 2002 (WRX) and 2004 (STI). WRX was based on the modest-selling Impreza, and what started as a quirky niche performance car for Subaru, has evolved into a popular sports car among performance enthusiasts around the globe. WRX/STI has a devoted following and has come a long way since its early beginnings. The new-generation WRX/STI is no longer an Impreza and is enjoying incredible sales success in its first year.

Performance fans began snatching the 2015 WRX/STI sedans up as fast as they could in the first month’s following their dealer launch. Fans were put on waiting lists, and many buyers have waited 6 month’s to get their new cars from the factory in Gunma, Japan. Dealers are seeing conquest sales of the new-generation sports cars from buyers who have never bought a Subaru before. Subaru wanted to appeal to a wider audience and it worked.

When loyal STI fans saw what happened at the Isle of Man in June, when Mark Higgins broke his original lap record in the new 2015 STI, they took notice and knew this new-generation STI was something special. Subaru left the 305 hp 2.5-liter turbocharged boxer engine unchanged for the new model, but they dialed up a new chassis that is significantly improved. The new model performs even better than the outgoing model and fans liked the upgrades. They responded by buying record numbers of the new STI this year.

Some cars are destined to be great, others are just vehicles that are good for commuting to work. The WRX and WRX STIs are vehicles that have changed the performance car landscape in the U.S. and around the globe. As Subaru hits another historic sales milestone, the new-generation 2015 Subaru WRX and WRX STI performance cars are more popular than ever.