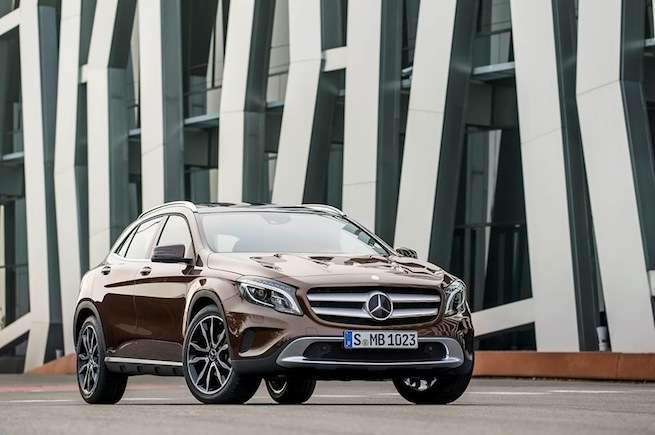 The U.S. launch of the 2015 Mercedes-Benz GLA 250 is getting closer and the new premium compact SUV will make its U.S. reveal along with the 2014 S63 AMG next month in LA.
Advertisement

It’s been confirmed by the LA Auto Show that the highly-anticipated 2015 Mercedes GLA-Class will be revealed next month in the U.S. in LA. And LA Auto Show also confirmed Mercedes-Benz will be bringing four world debuts and the new North American introduction of the S63 AMG to the California show also. It will be a great show as Mercedes and other automakers will be bringing 22 global debuts to LA.

Mercedes will be revealing luxury, concept and green technology cars as debuts at LA Auto Show. "As one of the world's largest media hubs and car buying markets, Los Angeles offers a unique combination of press exposure and valuable consumer contact," said LA Auto Show President, Lisa Kaz. "The LA Auto Show's consistent growth and commitment to remaining on the forefront of automotive technology, green innovation and automotive design will certainly be noticed with 2013's roster of major debuts."

The new 2015 Mercedes-Benz GLA-Class made its global premier last month at Frankfurt IAA 2013. Mercedes will now bring both the new 2015 GLA-Class premium compact SUV and the new S63 AMG to North America. Both were turning heads and attracting much attention in Europe. They will both be big draws for the German automaker here in the U.S.

The GLA-Class is a new premium compact SUV that will help define the future for the brand. Along with the newly launched CLA-Class, they will help Mercedes create a new global emphasis on attracting younger buyers to the brand. The two will likely succeed in a big way here in the U.S.

Luxury and performance doesn’t come cheap. The new 2014 Mercedes S63 AMG starts at $139,500 USD. It gets an assembled-by-hand AMG 5.5-liter V8 biturbo engine. It’s the most powerful member of the M157 engine family, with an output of 577 hp and torque of 664 lb-ft. The new 4MATIC equipped S63 AMG is up to 220 pounds lighter than its predecessor. And the performance-oriented AMG all-wheel drive system 4MATIC is offered standard on the performance model for the first time.

Mercedes-Benz will reveal four new global debuts along with the new 2015 GLA 250 and S63 AMG that will be unveiled in front of a global audience in LA on November 19, 20 and 21, 2013. Stay tuned as we bring you latest Mercedes-Benz news at the show.