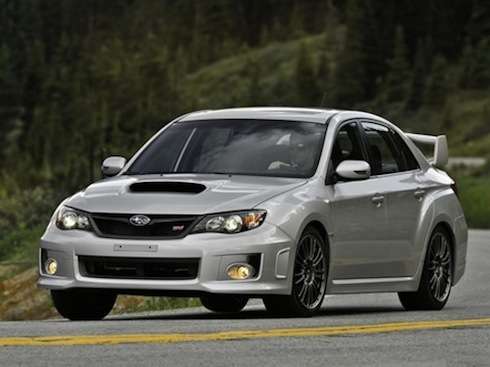 2013 WRX could get game-changing electric turbo

The next generation Subaru WRX could see an electric turbocharger when it finally sees production at the end of 2013.
Advertisement

Subaru, which is owned by Fuji Heavy Industries, is said to be working on a revolutionary new electric turbocharger. In 2007, the Japanese company filed a patent for an electrically-powered turbocharger and it is reported by Drive Australia, that the 2013 WRX could have the game-changing technology when it comes out.

The ground-breaking technology being developed by Subaru, would trap heat energy from exhaust gases, generating electricity to power the turbo. The traditional turbo needs complicated piping to generate the extra power, where the new electrically-powered turbocharger would create power more efficiently and also have less turbo lag.

For now, at least, Subaru is keeping quiet about the electric turbo, calling it the latest of many rumors surrounding the next WRX and WRX STI. But if the new electric turbocharger is more efficient, then that means increased performance and fuel efficiency. If the technology works as planned, the already sporty WRX could develop BMW M3-like performance in a $30,000 car. This could be game-changing for Subaru. No wonder they are being so tight-lipped about the technology.

Would the success of an electric turbocharger in the next generation WRX give good reason for Subaru to apply the same technology to the Subaru BRZ? Subaru says space is too limited at the front of the engine compartment to squeeze in an intercooler in the BRZ. They also say the turbo variant would be too heavy on fuel and keep customers from buying the affordable sports car. But the new electric turbo could eliminate the need for the intercooler and also improve fuel-efficiency in the BRZ.

It looks like the next generation WRX will get significantly different styling than the current Impreza models and the new electric-turb could allow for smaller engines to be used to increase fuel mileage. There’s also speculation that the next-generation WRX could be offered with both a six-speed manual and a CVT, but again Subaru has not confirmed anything yet.

Subaru Australia spokesman David Rowley says "Our understanding is that the WRX will be completely distinctive from the current Impreza, it will look considerably different," he says. "I think it's fair to say they'll be looking at a whole raft of technical refinements on WRX because by the time we see it, it will be some years old in terms of the maturity of Impreza so inevitably there will be some very significant technical changes and innovations."

It looks like we will be seeing some big changes coming to the Subaru WRX.

Frank Sherosky wrote on May 4, 2012 - 12:58pm Permalink
Please confirm whether this is indeed an electric turbocharger. I assume the electric part comes into the fray at the low end only, and the exhaust-driven turbo aspect would kick in at higher rpm using exhaust power; otherwise, it's an electric supercharger. Reason for my inquiry is, I reported on 12-6-2011 that Valeo had purchased the supercharger business from a company called Controlled Power Technologies out of Britain late last fall; that had shown true electric supercharger technology. Point is, there is a distinct difference. The reasons for the tech were much the same, though: no lag at the low end, which would make it ideal for the super small engines like Ford EcoBoost 1.0L for example. I make no attempt here to state which is better. Just want to understand the feature differences. Thanks.
Kendrick wrote on May 4, 2012 - 2:29pm Permalink
Most interesting, I'd like to see it works. It's always questionable that will Electric Turbo Charger will last compare to conventional Turbo. Eliminating turbo lag is sure is a good thing, good for city driving and autokhana. Cant wait !
Keith wrote on October 17, 2012 - 8:01pm Permalink
Very interested to see if this goes anywhere. Most people with crinkle their nose and say "really?!?" when you tell them Subaru is developing an electric turbo; completely to the fault of Ebay vendors selling electric superchargers that are rubbish and do nothing but make an annoying vacuum cleaner sound from your engine bay ... IMO a complete scam. Im assuming we can happily know that Subaru, if they are in fact making this, are indeed developing something that can in fact take the place of a tradition turbo. Very cool stuff, cant wait to see how it works if this inst just a rumor.