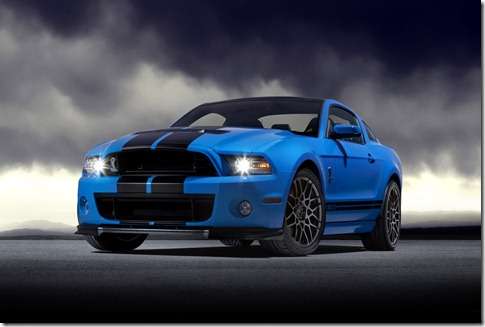 An interview with Chief Engineer of SVT and the Vice President of Marketing for Shelby and Boss, has revealed the Shelby GT500 certified horsepower will be more than originally announced.
Advertisement

The old saying in marketing and sales says, you should always under promise and over deliver when dealing with your customers. Ford must believe that saying because that is what they did with the 2013 Shelby Mustang 500. Ford and SVT announced to the automotive world that the 2013 Shelby GT500 would have an incredible 650 horsepower which would make it more powerful than any production V-8 on the planet. And Shelby GT500 fans were giddy with anticipation.

Ford said the 5.8-liter supercharged V-8 would combine all that horsepower with improved aerodynamics and lower gearing to produce a hair-raising top speed of 202 mph. The combination of horsepower and agility would put the new Shelby Mustang GT500 squarely in the sites of some of the most elite supercars in the world.

As if that weren’t impressive enough, the production Shelby GT500 has now been officially rated with more horsepower and torque when it’s released in the summer.

Last week, the guys at Team Shelby met Jamal Hameedi, Chief Engineer of SVT, and Jim Owens VP of Marketing for Shelby and Boss for a special sneek preview and an intimate dinner conversation at Odyssey restaurant in Granada Hills. Over the dinner conversation, and we are not sure if drinks were involved, the pair answered every question fired at them.

After dinner, the group stood around the hottest production Mustang in history and continued their quest for answers. In the LA restaurant parking lot, the pair revealed that the 2013 Shelby GT500 was recently certified at 662 horsepower and 631 lb-ft torque. That will put the new GT500 in rarified air as that’s 24 more horsepower than the Chevrolet Corvette ZR1 and 82 more hp than its rival Camaro ZL1.

But Ford didn’t just stuff a gorilla of an engine in the new Shelby GT500. Nearly every vehicle system found on the car has been upgraded, from the powertrain, larger brakes, optimized gearing, a new suspension and improved aerodynamics.

First sales are scheduled to start this summer.