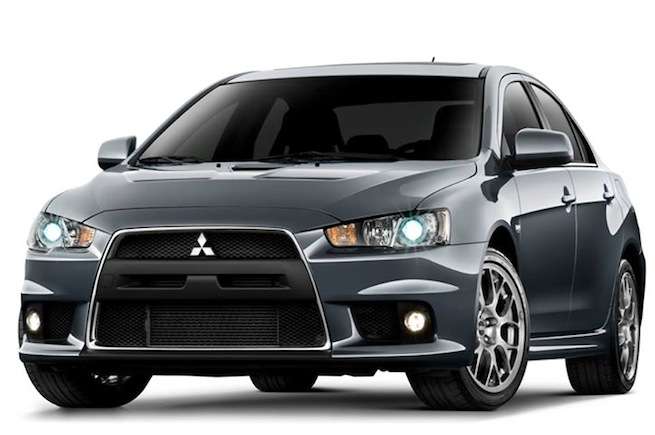 Sales at Mitsubishi are up and the 2013 Lancer Evolution has helped the brand in August here in the U.S.
Advertisement

Sales have been sluggish for Mitsubishi but the high-performance Mitsubishi Lancer Evolution is selling well. But are buyers ready for the new Generation XI? Even though the current generation X has been around for awhile, along with the Lancer, the EVO is still selling well and gives the brand a much needed boost. But how long will enthusiasm for the performance sedan last?

The current generation EVO was unveiled in 2007 and it looks like it will remain through 2015. Rumors have been rampant about generation XI, and it may be here in 2016. President of Mitsubishi Motors, Osamu Masuko, in 2012 confirmed the EVO XI would arrive in the next three years.

Until last month, Mitsubishi has had a string of sales declines and are finally reporting an increase of 24.3 percent in August compared to August 2012. The U.S.-built Outlander Sport crossover led the way with sales of 2,171, an increase of more than 59 percent.

Next month, Mitsubishi Motors will celebrate the full sales launch of the all-new 2014 Mitsubishi Mirage 5-door sub-compact. It’s the most fuel-efficient gasoline-powered, non-hybrid vehicle in America. The small sub-compact is making its reintroduction into the U.S. market and the new addition to the Mitsubishi lineup should boost sales and drive a continued climb for the brand.

The new 2014 Mirage has just received a 4-star rating for the Euro NCAP 2013 safety test. The excellent results are better than those of Mirage competitors and comes with a host of built-in safety features. Mirage’s “Global Small” architecture is built around a high-efficiency architecture which proves to be both lightweight and strong.

The Mitsubishi Lancer EVO comes with new high-tech upgrades for 2014. Look for the Lancer Evolution to continue into the 2015 model year before we see any major changes. It continues to remain popular among performance enthusiasts and it’s selling well here in the U.S. and around the globe. Stay tuned to Torque News for the latest Mitsubishi Lancer EVO news.