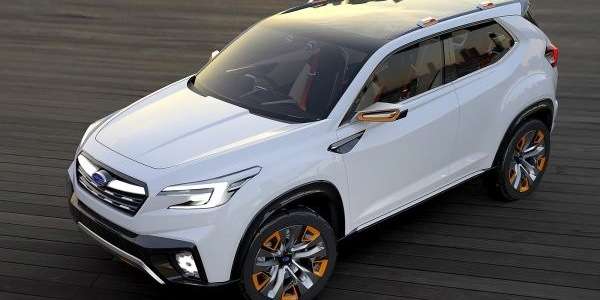 2 big reasons why Subaru will stay small and mighty

Subaru brings the VIZIV Concept and Impreza Concept to the Tokyo Motor Show. What’s next for Subaru’s Impreza and Crosstrek hybrid power?
Advertisement

Subaru is introducing a new global architecture in the Impreza Concept car and new hybrid technology with the VIZIV Concept vehicle at the 2015 Tokyo Motor Show. These two concept cars point to the future direction of the small Japanese automaker. Subaru has a 2020 Vision Plan and these vehicles are the first fruits. They will develop a new global architecture that will start with the 2017 Impreza and new hybrid technology that will be featured in the Impreza and Crosstrek models.

Compared to other automakers, Subaru is a small automaker. Toyota which owns a minority stake in Fuji Heavy Industries (FHI), maker of Subaru automobiles, out-sold Subaru by more than ten to one last year. Subaru is not even in the top 15 global automakers. In spite of their size disadvantages, FHI has managed to keep themselves very competitive.

There’s two reasons why Subaru will stay competitive and be a force in the future. The first is they have developed a global architecture that will be featured first in the 2017 Impreza. The Impreza Concept points to the new underpinnings that will be featured in all Subaru vehicles in the future. Starting with next year’s models, Subaru will introduce a new modularized platform called the Subaru Global Platform that will support every model starting with the Impreza compact and make its way to the SUV-alternative Outback. It will make its debut in the next-generation 2017 Impreza that will launch in late 2016.

The second reason Subaru will stay a mighty force is that they will launch a new generation hybrid technology that is seen in the VIZIV Concept vehicle being unveiled at the Tokyo Motor Show. It will combine a downsized turbo boxer engine, first introduced in the Levorg sports tourer, that improves fuel efficiency and still keeps the fun-to-drive meter pegged.

Subaru will upgrade all their boxer gasoline engines to direct injection starting with next year’s models. The technology will be standard in the next-generation boxer engine Subaru will roll out. Subaru also will add cylinder deactivation and lean combustion cycles in these engines by 2020.

In the 2017 Impreza and Crosstrek hybrid models, Subaru will eliminate the drive shaft by mounting the single motor concentrically on the rear axle in a compact layout. This new design will enable Subaru to use a flat floor which will increase interior space without increasing vehicle size. All of this will be combined with Subaru’s niche market of all-wheel-drive technology to keep them very competitive in the future.

Avo Vill wrote on October 14, 2015 - 7:34am Permalink
I'm very impressed. I've bought four Subaru vehicles. And look forward to this new platform. I'm somewhat bias since I've worked at the Subaru of Indiana America and my son works there now.
Phatana Hakimi wrote on March 24, 2016 - 12:06am Permalink
Nice wheels to ride, not so expensive compare with big German's group. Not many exotic gadget but , from my opinion, more than enough. Smart choice for smart buyer.