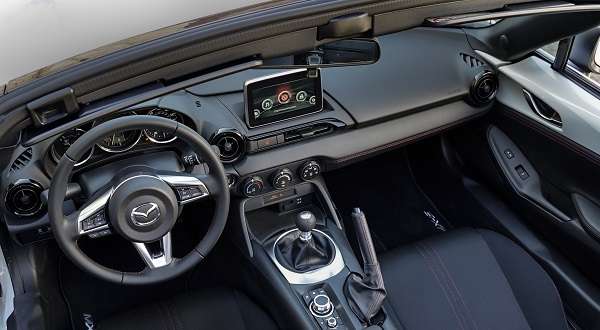 Will the 2016 Mazda Miata retain its top quality ranking?

The most commonly reported quality issues have to do with parts the Miata has never had -until now.
Advertisement

The Mazda Miata has always been a reliable vehicle. In fact, when it was first launched, many fans of classic British and Italian roadsters would say of the Miata, “It is just like my classic (fill in the blank), except it starts in the morning.” Indeed, Mazda brought reliability to the compact roadster segment.

In more recent times, the Miata has proven to be not just average in its reliability, but much better than average. In J.D. Power’s Initial Quality Survey, the third-generation Miata, called NC by enthusiasts, has distinguished itself by winning the top spot in its segment in all but one of the nine years of its run from 2006 through 2015. That is a modern-day success story when it comes to quality.

However, there is a catch. The J.D. Power survey looks at owners’ reports regarding quality during the first 90 days of ownership. During that period, the most common complaints by far are related to in-car connectivity, hands-free phone operation, and in-dash navigation systems. The cars are not “broken” per se, but rather, customers just can’t figure out how to work them. These are systems that most Miatas during the past nine years simply did not have. So owners didn’t find problems because there was no Nav, there was no in-car telematics system, and in many cases there was no way to use one’s phone hands-free. Only some top trims of some years in the Miata even offered BlueTooth.

For 2016 that changes. The new fourth-generation 2016 Miata will have Mazda’s excellent infotainment system we all know and love from the Mazda3 and its other cars. Having tested the system, we have found it easy to use, well-designed, and one of the best units on the market that uses an MMI-type controller (rotary mouse). However, with any system, no matter how good, customers will find ways to be confused.

The 2016 Miata will no doubt continue Mazda’s excellent tradition of quality and reliability. We just wonder if its amazing Initial Quality Survey ranking will suffer when it finally gets the same modern infotainment stuff that drives so many people crazy. This new car will be a great test-case to see if these “quality problems” being reported by customers are real, or just novice users too impatient to learn how to work their equipment.