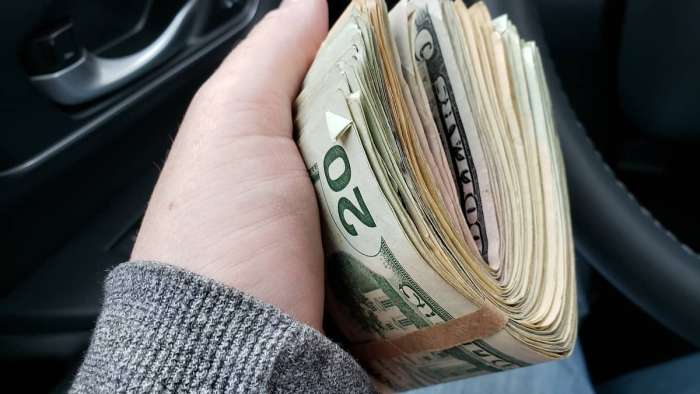 The soon-to-be law Infrastrure Bill passed by the legislature includes a government mandate to automakers to stop impaired driving. Here’s how automakers will do it and why it is long overdue.
Advertisement

If you are a serial drunk or impaired driver, be prepared to drive old cars in your dubious future. That’s because the U.S. legislature has finally decided to stop allowing new vehicles to operate while a drunk or impaired operator is at the controls. The new mandate from the U.S. government to automakers is included in the Infrastructure Investment and Jobs Act now awaiting President Biden’s signature.

The bill contains language that explicitly makes clear this is not just about alcohol and drunk driving. The term impaired is added to the term drunk driving so that this is clear to all who read it. Thus, the chemical-based alcohol-detection technology that so many have worked so long on may be part of such a system, but it is not the entirety of the solution. Anyone with any science and engineering background knows that detecting all forms of impairment using a chemical sensor is not practical for a long list of reasons.

How Will Automakers Accomplish the Required Results?
Your new vehicle bought today already has all of the sensors, computing power, and other tools needed to prevent impaired driving. Some vehicles already have technology to slow and stop the vehicle when a driver becomes physically impaired and is no longer controlling the vehicle. Furthermore, researchers have conducted studies proving that certain medical impairments, even the most subtle, can be detected by your vehicle’s lane control, eye-tracking, steering wheel contact, and other technologies.

All of the existing technology already deployed on inexpensive mainstream vehicles are able to be part of an anti-impairment monitoring and prevention system. One part of the law defines the technology referred to in the law. "passively monitor the performance of a driver of a motor vehicle to accurately identify whether that driver may be impaired; and prevent or limit motor vehicle operation if an impairment is detected." This language seems to point directly to using behavior-monitoring technology like that already in use. Automakers could field a working system almost immediately. There is no technology breakthrough needed. We could have had this life-saving technology for the better part of a decade already.

The Next Step
The law begins when it is signed into law and the government decides how and if it will use the law. This is America, so many laws we create go unenforced. For example, the noise pollution laws that would prohibit noise from cars and other machines operating near homes. Or cannabis use and sale, which is prohibited by federal law, and now widely ignored with the help of state lawmakers.

What could happen is the law is actually implemented as it is written. Or, special interest groups (remember that alcohol-impairment detection system we mentioned?) will use lobbyists to help bend the interpretation of the law so that their methods will have to be used. Perhaps the only enforced prevention will be alcohol impairment. That would certainly be a win, but a missed opportunity to prevent impaired driving caused by medical/physical impairment and impairment as a result of operating using recreational and prescription drugs. Or special interest groups will simply have the law changed in a way that nullifies its effectiveness. We will have to wait and see who the highest bidder ends up being.

The key provision in the bill is this: "To ensure the prevention of alcohol-impaired driving fatalities, advanced drunk and impaired driving prevention technology must be standard equipment in all new passenger motor vehicles,” We added the italics for emphasis to show that alcohol is not the only impairing element this law could be seen as trying to target.

What the Bill Does Not Say
Unfortunately, the law does not require automakers to create automated alerts to law enforcement and insurance companies when an impaired driver is detected. This would be a piece of cake since every vehicle sold today has onboard telematics that could tell local police exactly where a vehicle being operated by an impaired driver is in real-time. Since many states don’t do much to punish impaired drivers other than creating a work-for-food program for the defense attorneys and prosecutors, skipping the enforcement step is probably not a bad idea. Don’t be shocked if those special interests act to add in a reporting mandate later. Lawyers have to eat after all.

TFL Cars did a good overview of the topic you can see in this video:

Between today and when the law is implemented, about 50,000 Americans will lose their lives in impairment-caused motor vehicle felonies. Let’s stop the “accident” terminology since it is not an accident that we have not prevented these deaths. About as many Americans as were killed fighting in Vietnam will die due to impaired operation before the law is in effect five or six years from now.

Please offer your comments in the space provided below. Feel free to make your arguments for and against mandating anti-impairment technology in all new vehicles.

The opinions in this story are the author's own, but the facts are ours collectively. Top of page image by the author.

LG's New EV Battery Plant Is a Welcome News for Tesla
Tesla Giga Berlin's New Hurdle: It's Not Only the Gov't, but Now Tesla Itself
END_OF_DOCUMENT_TOKEN_TO_BE_REPLACED