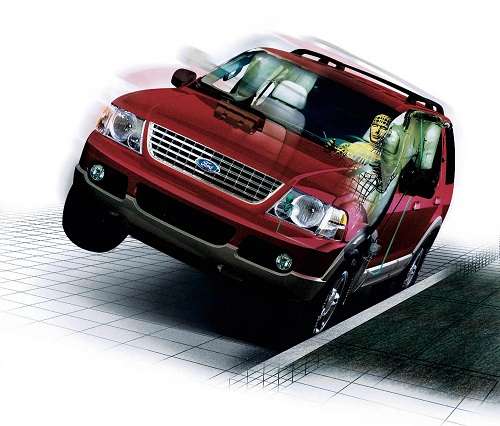 What safety features help you the most

A report this week by NHTSA proves vehicle changes in the past decade have saved numerous lives. TorqueNews looks at improvements that made the most difference.
Advertisement

There is good news for drivers from the National Highway Traffic Safety Administration (NHTSA) this week regarding safety. 2010 had the lowest vehicle related deaths since the Second World War era. Deaths over the past half century have dropped dramatically, but what is most interesting is the steady decline over the past decade. Bear in mind these numbers reflect deaths per mile driven, so there is no evidence that drivers drove less over this period. In fact, over the past year people have driven more and still set records for lowest overall deaths.

NHTSA has just completed an exhaustive study that looked closely at the changes during the years 2000 through 2008, to the way vehicles were designed and of course to their safety features. The report concluded there has been a significant, measurable improvement in a person’s likelihood to avoid a crash, survive a crash, and even walk away from a crash uninjured. The report had a limited scope, and although it did an excellent job of determining what type of crash was reduced the most, and by what percentage a person’s chances increased in which category of crash, the report does not list the changes to vehicles that resulted in these improvements. Let us help.

Rollover Deaths Decline
One area that the NHTSA report found the most improvement in was rollovers. Rollover deaths improved a full 5%. Since the report went to great lengths to remove such factors as roadway changes and changes to the driving public, the fact that rollovers declined so much, is strictly due to the design of cars and light trucks during this period. From a stability standpoint there are really two things that impact the likelihood of a rollover. First, why is the vehicle out of control? Typically speed and turning are a huge factor. Overcorrection is the real culprit. As a vehicle goes into under-steer (the vehicle does not respond to a turn input by the driver) or over-steer (rear of the vehicle swinging sideways), the driver does too much with the wheel, and the wrong things with the brakes. The vehicle then shifts all of its weight from side to side abruptly and then if there is any road imperfection (embankment, curb etc.) the vehicle can easily go over on its side or roll. Stability control and anti-lock brakes became much more prevalent during this period. They clearly had the largest impact in reducing rollovers. These two items combined are often referred to as “Rollover protection” or a similar type of nickname.

Another factor was the move away from body-on frame sport utes to crossovers with lower centers of gravity (cg) and also the move in these vehicles to more sophisticated independent rear suspensions. Take the Ford Explorer as an example. In 1999 stability control was not available. The rear end still used leaf springs and a live real axle suspension. By 2002 the vehicle had a new independent rear suspension, stability control started to appear in the mid-2000s and side curtain airbags (which help in rollovers) were available by 2008.

Frontal Offset Crash Results
The other two main areas of safety improvement in cars were frontal offset crashes and side impact crashes. In these two types of crashes deaths were reduced by about 3% and the driver’s likelihood of walking away unharmed also improved. The reasons for these improvements were very straight forward (so to speak). First, manufacturer’s changed the front of cars almost uniformly to have more substantial A-pillars (the support to your right and left of the windscreen that go from the front fenders to the roof. By curving these instead of having a right angle connection to the roof, using high strength steel, and moving the pillar forward and making it less upright, the driver became much more safe in the passenger compartment. Crash test results improved and it was simple science.

Side Impact Airbags
Side impact improvements are equally simple to understand. As soon as IIHS and NHTSA started to rate cars on side impact safety the B pillar became much more rugged and side impact, and side curtain (head) airbags first for the driver, then for everyone, started to appear. These made a huge impact in the safety of a person being hit from the side.

Based on our analysis of the data, the biggest safety improvements in the past decade are stability control, improved rear suspensions in SUVs, improvements to the A and B pillars in vehicles across the board, and the introduction of side and side curtain airbags. Insist on all of these in any new or used vehicle you buy.