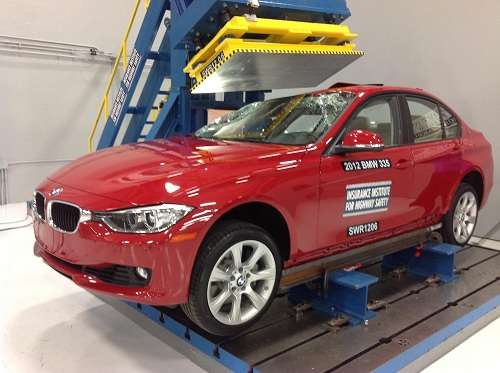 A New report by The National Highway Traffic Safety Administration looks closely at the vehicle related reasons safety has increases over the past decade and finds definite links.
Advertisement

The National Highway Traffic Safety Administration (NHTSA) has compiled a comprehensive report that helps to answer the general question “Am I less likely to die in a crash due to vehicle changes from 2000 to 2008.” We all know that the government has increased its regulatory oversight of automobiles to an incredible level over the past decade. The automakers have also shifted a lot of the focus of their marketing efforts towards safety and the incr4eased safety of their vehicles year after year. Has this cultural change actually resulted in safer cars that saved lives? The report has a definite answer.

Reporting Data
The report studied actual police crash data as the raw data for its analysis. The agency made incredible efforts to filter out human factors in the crashes. A close look at the report by Torque News shows that no effort was spared by NHTSA to remove all societal aspects and human aspects of the resulting drop in traffic deaths to get to the root of the question. Interestingly, the report does not try to determine which of the changes in vehicle design resulted in the lowering of deaths.

Crash Avoidance
The report by NHTSA looks back further than the time frame targeted in the report. From 1980 until 2008 (28 model years) the report proved a 22% decrease in crash likelihood. One thing the report also uncovered is that there is some variation in any cars crash likelihood as it grows older. For example, a new 2001 Mustang GT will actually increase its likelihood of having a crash (per miles driven of course) as it gets older. Is this a result of mechanical failure or a result of younger buyers driving the car used? The report does not say. The effect is minimal, but measurable. The final answer as to how much less likely is a driver of a model 2008 car than a model 200 car to be in a crash is 5% less. When vehicle age is factored in the drop is about 3%. For an 8 year differences in technology that drop seems amazing and well worth the added cost and complexity of the newer cars. In what type of accident were the reductions most significant are also answered. The answer is definitively in the area of rollovers. This type of crash likelihood had twice the reduction that frontal impacts and side impacts had.

Crashworthiness
The next question answered was “If one is in a crash, how much better off are they in a newer, model 2008 vehicle, than the older model 200 vehicle.” Here we have to pick a group of the population. It turns out that the driver factors matter a lot. One grouping that makes good sense is the age 25 to 65 years old, belted, sober, women. The age group is wide, using one gender helps filter out much of the societal effect of the crashes, and of course we need to be looking at belted drivers since the entire safety design of the car assumes a sane driver using a seat belt. In this grouping the likelihood of the driver walking away uninjured from a crash that resulted in a detailed police report rose from 78% to 83% from model year 200 to 2008. Again a significant improvement is shown.

The recent NHTSA report proves that vehicle changes from model year 200 to 2008 resulted in measurable, significant improvements in vehicles that directly results in reduced death and injury.

Aaron Turpen wrote on June 15, 2012 - 3:18pm Permalink
Obviously, the NHTSA has no stake in the game and gains nothing by showing that their regulations are improving things. Right? Seriously, expecting NHTSA to be honest in a report like this is like hoping BP will investigate its own oil spills objectively.

Elon Makes a Cybertruck Statement With an Action, But Quiet in Words
Tesla's Record Month in China: Doubled Registrations in March 2021
END_OF_DOCUMENT_TOKEN_TO_BE_REPLACED