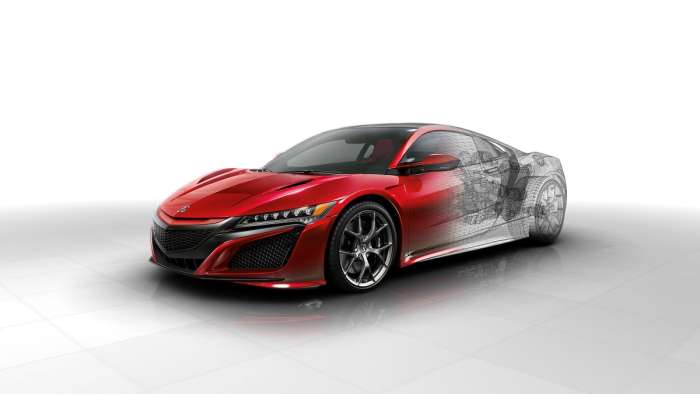 Acura's hybrid-electric NSX supercar engine is made in America. Watch how it's done.
Advertisement

The Acura NSX is a rear-mid-engine supercar with a hybrid-electric powerplant. Acura builds the NSX in Anna, Ohio. Much of the vehicle is hand-built. Acura has created a documentary video showing how the Acura NSX engine is built by the American workforce. 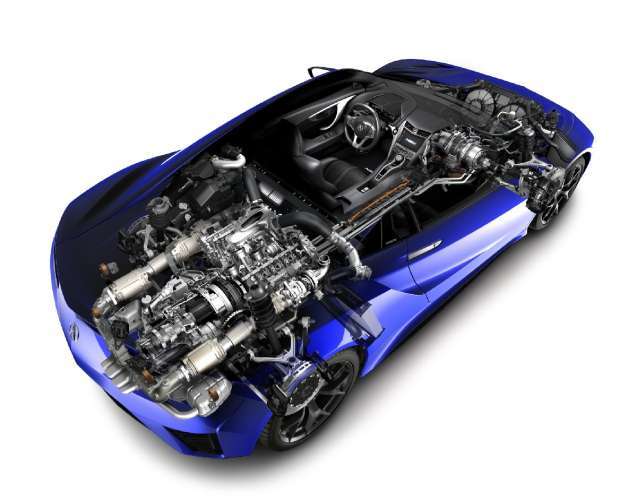 Acura NSX Engine
Acura calls the engine in the NSX a "...bespoke Sport Hybrid Super Handling All-Wheel Drive, 573-hp power unit." The engine starts as a twin-turbocharged, 75-degree, 3.5-liter DOHC V-6 engine with dry-sump lubrication. The hybrid drive is integrated directly with the engine in a compact fashion. The engine develops over 400 hp from 2,000 to 4,000 RPMs. Unlike most conventional engines, Acura breaks in the engine at the plant. That means an owner can use her NSX to its full potential on day one.

Acura NSX Factory
The NSX is engine is almost entirely hand-built in a 4,000 sq. ft. plant within a plant at the massive 2.5-million sq. ft. Anna, Ohio Engine Plant. This is one of the largest engine plants in North America. Each NSX engine is meticulously hand-assembled to exacting standards by a single master builder. Each of the nearly 500 fasteners is hand-threaded before being torqued with tools that automagically verify and record the exact amount of torque applied. Some fasteners are simultaneously torqued to their final specification by a machine to ensure perfect pressure is applied.

“It’s here at the Anna Engine Plant, where the heart of the NSX gets to beat for the very first time,” said Jim Mankin, who served as the Engine Quality Project Leader for production of the NSX engine. “The NSX engine room is staffed with the best of the best talent from our assembly department who hand-build the engine that powers Acura’s American-made supercar and who help the NSX make its mark on the world of manufacturing.”

One tribute to the NSX design is that it is raced in the GT3 series with a bone-stock engine, even though the rules allow for significant modification. “The development leaders of the original NSX told us not to copy what they did. NSX is all about pushing into the future and going beyond,” Klaus said. “The core thing is that it’s not technology for technology’s sake, it’s technology in service to our customers, and it makes me extremely proud. This is an engine that is truly worthy of the name ‘NSX.’”

NSX Engine Video
You can watch the NSX being built in the video below.