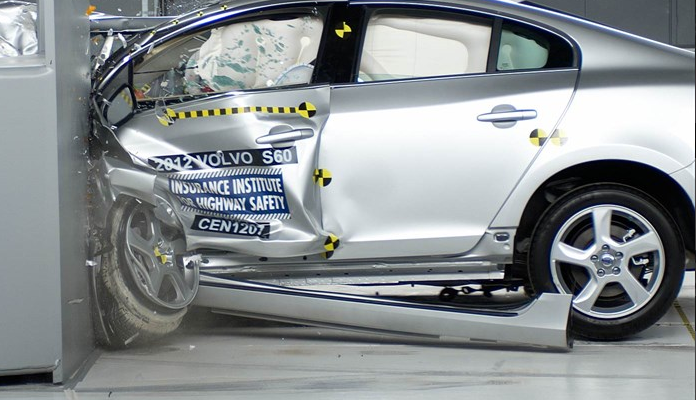 Volvo vehicles do not rank high in real-world crash safety data according to this report by IIHS.
Advertisement

Volvo prides itself on safety and has conducted a decades-long marketing campaign to promote the safety of its vehicles. But are Volvos actually safer than competitors' vehicles in the real world? A new study conducted by the Insurance Institute for Highway Safety casts doubt on that.

Volvo models have scored well on crash testing for many years. That is not in question. However, that is only one gauge of a vehicle's safety. Another is the real-world crash test data taken from police reports. Police conduct extensive investigations when a fatality occurs. In addition to the contributing factors in the crash, police carefully record the make, model, year, trim and VIN of every vehicle involved in a fatal accident in the U.S. This data is fed into the NHTSA database and groups like IIHS and others then carefully separate the wheat from the chaff when it comes to real-world safety. In such an analysis just completed by IIHS, not a single Volvo earned a spot among the safest models. Yet, vehicles made by Toyota, Jeep, Mazda, Lexus, Mercedes-Benz, VW, BMW, and Audi all have models that do make it to the top of the list. Nissan, Chevy, and Ford also have models with lower reported death rates than do the best Volvo models.

IIHS separates the vehicles by how many driver deaths occurred using a metric called "driver deaths per million registered vehicle years." A lower score is better, and since the study looks at real-world data the model years studied are primarily 2014, but also the few years surrounding that model year if no major changes were made to the vehicles. Among all the hundreds of models of cars, crossovers, SUVs, and pickup trucks on the road, only 11 models have a "zero" driver death rating. None are Volvos. Another ten models have a rate of lower than 8 driver deaths. None are Volvos.

Looking closely at the full data, one can compare the real-world driver deaths rates of common vehicle types. For example, the top selling Lexus RX midsize crossover earns a score of zero in 2WD and a score of 2 in 4WD. The Volvo XC60, by comparison, scored a driver death rating of 10. In the midsize luxury car class, the Volvo S60 scores a 16, while the Lexus CT200h has a zero. The full list of models can be seen at this IIHS summary.

In other recent safety news, Volvo's newest SUV, the XC90, failed to earn a score of "Good" on the IIHS headlight safety test conducted this past month. Its score of "Marginal" will result in the Volvo XC90 being bumped off the list of vehicles that earn the Top Safety Pick Plus rating.

For Some Former Daimler Managers Daimler Is Authority, While Tesla Is Like a Startup
How Daimler Unintentionally Subsidizes Tesla Giga Berlin
END_OF_DOCUMENT_TOKEN_TO_BE_REPLACED