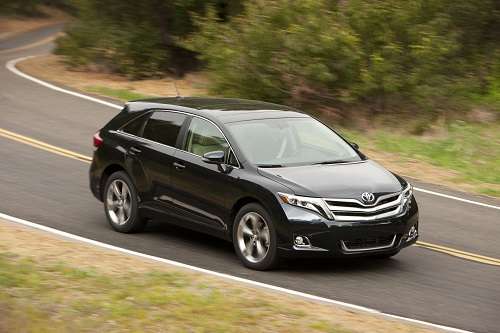 Venzas made in the US by Toyota head overseas

Toyota Motor Corporation continues its insourcing here in the US.
Advertisement

Toyota’s largest plant outside Japan in Georgetown, Kentucky (TMMK) began producing crossover Venzas last month and exporting them to South Korea. At a recent Barclays Capital Group Automotive Conference Toyota stated that it intended to export about 600 units of the Venza to South Korea this year.

Previously, Toyota had not exported the US made Venza to South Korea, or outside of North America. Exports of Toyotas that are made in the United States are now at an all-time high. In the coming year Toyota expects to produce (mostly with non-union labor) and send overseas about 130,000 vehicles which is a substantial 52% increase over last year. Toyota Motor Sales USA, Inc. Senior Vice President Bob Carter commented at the Barclays event saying “We are proud that Venza, designed, engineered and assembled in the U.S., has garnered so much interest not only here, but abroad. The export of Venza vehicles to South Korea helps maintain Toyota’s strong, stable base of U.S. jobs, and is the result of the great work of our talented U.S. team members and our extensive investments across North America. We look forward to other opportunities to continue expanding exports from our American operations.”

The Kentucky Toyota plant employs 6,600 of Toyota’s 35,000 North American employees directly and about 20,000 regional jobs support the plant (including suppliers). The Eastern US produced Venzas will travel across the United States to the Port of Hueneme near Oxnard California for transport to South Korea. Other exported US built Toyotas include the Highlander and Sequoia built in Indiana, the Tacoma and Tundra pickups built in Texas, and the Avalon, which is made alongside the Venza and shares its underpinnings. The Texas production and export of the Tundra and Tacoma are a sign of just how much the US automotive landscape has changed. The US still has a very high import tariff on any trucks built outside the US for importation to our protected market. That Toyota can build pickups here and then profitably export them shows the silliness of that situation.

Tesla Contemplates A New Strategy for China Retail even As Sales Boom
Jay Leno on Elon Musk & EVs: “I Think He Should Get ... Credit"
END_OF_DOCUMENT_TOKEN_TO_BE_REPLACED