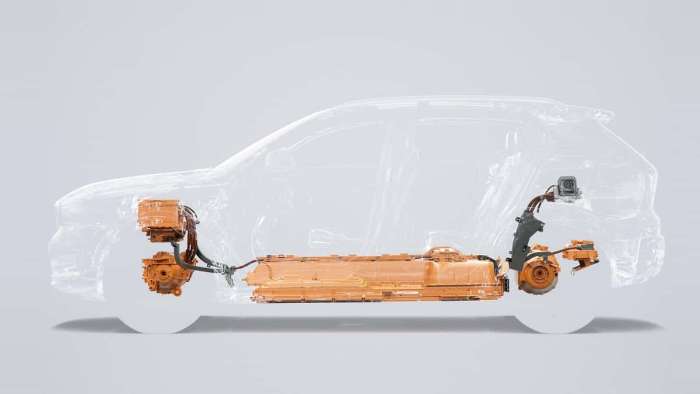 Two new EVs are coming from Volvo and Mazda. Will they help grow EV sales, or will the market continue to shrink?
Advertisement

The electric vehicle markets in the United States and China both topped out in June and declined in July and August. In America, we have only a single EV model that can maintain a volume of more than 1,500 units per month. There is no affordable battery-electric vehicle maintaining sales of greater than 1,000 units per month. To say the market is stagnant would be an understatement.

Yet, the automotive news is filled with hopeful stories about new EV models. And one after another they appear, sell poorly then decline in sales. BMW i3, Hyundai Kona Electric, Bolt. It doesn't matter. Only the Tesla Model 3 has maintained anything resembling mainstream vehicle volumes and its U.S. sales have declined from a peak of 25,000 units in December of 2018 to half that rate in the past couple of months.

Volvo XC40 Electric
Into this shrinking market, both Mazda and Volvo plan to launch new electric vehicles. The Volvo XC40 is selling slowly even by premium crossover standards (1,500 in August) and the latest news is that the company plans an all-electric version. Guess what Volvo says will differentiate its new BEV XC40? Did you guess safety? “Regardless of what drives a car forward, be it an electric machine or combustion engine, a Volvo must be safe,” says Malin Ekholm, head of safety at Volvo Cars. “The fully electric XC40 will be one of the safest cars we have ever built.” Is safety what is preventing folks from adopting EVs? If so, it's the first we heard of that excuse for poor sales. Volvo launches its XC40 next month. 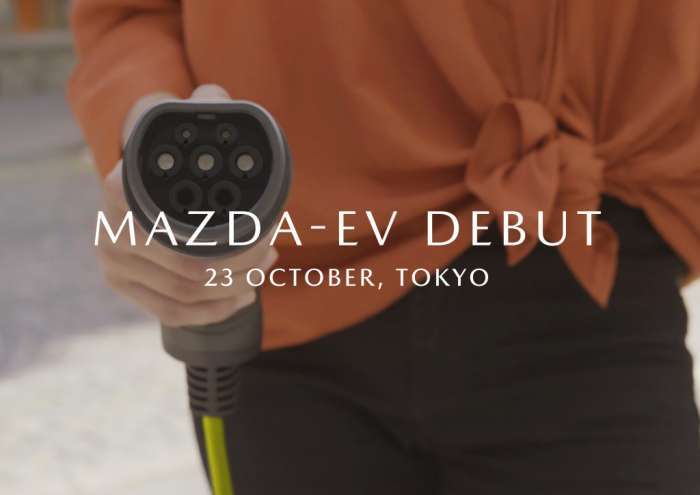 Mazda Electric
Details are thin on the Mazda EV. Mazda says, "A completely new model, the EV will be the third installment in the automaker’s new-generation lineup. Developed in accordance with Mazda’s human-centric philosophy and making full use of the benefits of electric drive technology, it offers performance drivers can enjoy effortlessly and wholeheartedly."

Mazda has shown an extended range EV subcompact crossover off to the public recently, but there is no word yet if this is the new EV platform. If so, be prepared for slow sales. Crossovers smaller than the CX-5/CR-V/RAV4 sell in relatively limited volumes. Mazda sold 2,000 CX-3s in August.

2020 marks the tenth year of the modern age of EVs in America. Will two new battery-electric vehicles from one of our favorite mainstream automakers and one of our favorite luxury automakers help an EV market in desperate need for a volume model that sells successfully? We hope so. If you see these two having a big impact on the EV market please tell us your sales projections in the comments below.

DeanMcManis wrote on September 28, 2019 - 5:57pm Permalink
It is interesting that you focus on the upcoming Mazda and Volvo models. Volvo has evolved their offerings to include EV hybrids and the rare $155K Polestar 1 BEV. But they are coming out with the Polestar 2 to rival the Model Y and this upcoming XC40 EV. They do offer a clean design, thoughtful engineering, and nice interiors that we like in their gas models. How much of a dent that they put in the EV market depends on their pricing and capabilities. I have also always liked Mazda, but they have been a total no-show with regard to EVs up to now. And in the same way that companies like Subaru and Maserati are finally offering EV models, Mazda's entry into BEVs is a good sign that electric vehicles are part of this world's automotive future. Unlike your perception that the EV market is shrinking, I see this slump a reflection of this administration's backsliding on environmental support which has slowed the growth of EVs in the U.S. and delayed the released of new EV models for another year or so. Beyond Tesla's obvious success in expanding the EV market, I see the next push coming from VW, with their ID.4, Ford with their Mach E, Chevrolet with their refresh on the Bolt and new EUV and Cadillac BEVs, Hyundai with their continued EV support, Toyota and Nissan hopefully offering more EV models, and more disruption from Rivian. Despite recent setbacks I see a strong momentum that supports EVs, from hybrids, to PHEVs, to full BEVs. But it is going to be an evolutionary move overall with BEV models getting the press attention today, but wider EV adoption expanding to a point where every automaker will be offering EV options within 5 years.
Mark Day wrote on September 30, 2019 - 9:16pm Permalink
Full-electric vehicles: Overpriced and overhyped. The free market has determined where they belong – golf courses and grocery stores (for the handicapped). And I'm not understanding the concept of my earned money paying rich folks (thru forced taxes) to drive Teslas. Ergo, I'm not drinking the Kool-Aid,
Shane wrote on October 1, 2019 - 11:22am Permalink
Reality is EV’s are small market and would most likely have no market is not for the governments forcing manufacturers to build them. I would say all EV’s loose money, don’t tell me about Tesla they are the money losing kings. Let the haters beat this all day, “it is what it is”.
DeanMcManis wrote on October 1, 2019 - 4:11pm Permalink
Mark, Shane, If you do not recognize that there is a problem, then you will never change. The petroleum industry is making trillions of dollars every day, and they they really do not want that money train to slow down. So they produce many sources of disinformation about any kind of renewable energy, from it being unsafe, unclean, unprofitable, unreliable, etc... But many of us are paying attention to the problems of the world's resources and energy, and want change. Positive change and new technologies do just happen perfectly overnight. They are the result of years of research, innovation, development, testing, and improving technologies. Clean, renewable energy is a better goal to work towards than ignoring energy problems and going on the same path that we have done for decades. Electrical vehicles have a big battle ahead of them, but they have made great strides over the past 10 years, and almost every automaker now offers EVs, and has real plans to expand their EV model line up, from hybrid, to PHEVs, to BEVs over the next 5 years.
Mark Day wrote on October 3, 2019 - 11:52pm Permalink
>,,,If you do not recognize that there is a problem,...< Here's the problem: The unproductive folks of the country want to have an "input" by forcing their irrational views on others. If EVs are the answer – to whatever the question was – there would be no need to rob Peter to pay Paul, to buy a Tesla.