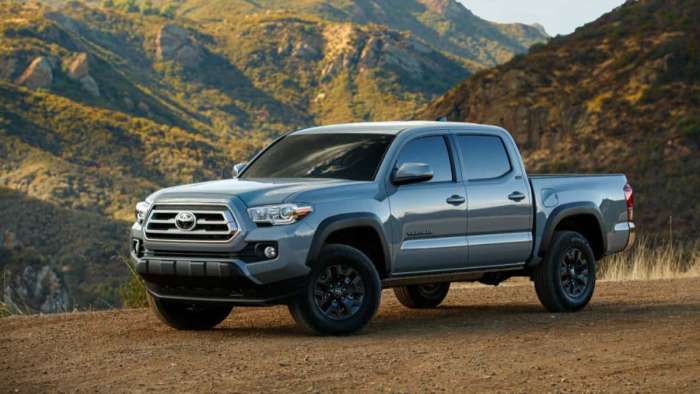 Toyota’s Tacoma pickup truck continues to dominate the industry. The ones to watch are the Ford Ranger and Jeep Gladiator.
Advertisement

Like most of the industry, Toyota’s mid-year sales were down. However, the Tacoma rebounded tremendously in Q4 with sales up 39% over Q4 of 2019.

The one to watch in this segment is the Jeep Gladiator. This model is still ramping up from its introduction. With 77,542 unit sales, Jeep is third overall. The Ford Ranger is also impressive and has overtaken Chevrolet’s Colorado for the number two overall position with strong growth in 2020. Sadly, Nissan is having troubles. We are a fan of the brand and don’t need to beat up Nissan in this story, but suffice it to say, the Nissan Frontier’s sales are down by half over the past year and the vehicle is no longer part of the conversation the way it once was.

One last note. This writer’s personal favorite of this group, having driven and tested them all, is the Honda Ridgeline. Say what you will about the Ridgeline, but you can’t say it’s last in sales. That dishonor is now GMC’s, and Honda is looking like it may overtake the Nissan Frontier as well.