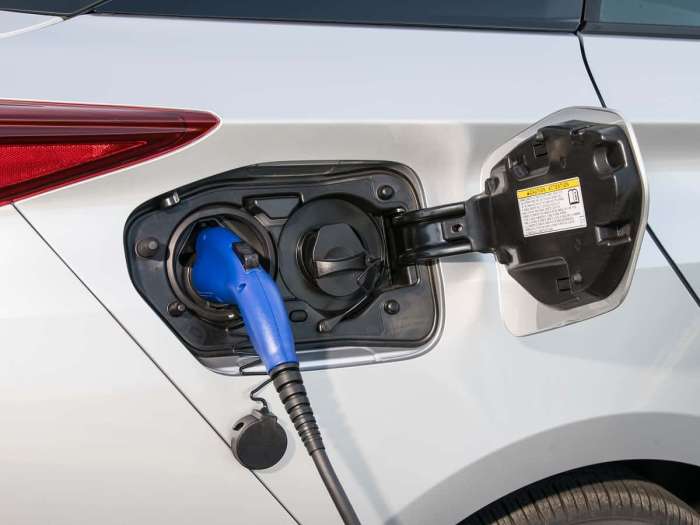 The Toyota Prius Prime continues to out-sell every other affordable EV. However, its steady domination in the affordable EV class is overshadowed by Tesla's Model 3 sales news.
Advertisement

The Toyota Prius Prime plug-in hybrid electric vehicle continues to be the dominant seller in the U.S. affordable EV segment. For July, the Prius Prime grew by 25% to just under 2,000 units sold. For the year, the Prime's sales are up 42%.

By contrast, the Chevy Bolt battery-electric vehicle (BEV) and Nissan Leaf BEV have a sales rate about half that of the Toyota Prius Prime's. The Chevy Volt extended-range electric vehicle (EREV) is doing better and in July Chevy sold nearly 1,500 units.

Year to date, the Prius Prime has sold 16,239 units. Chevy has sold 9,289 Volts* and 9,033 Bolts*. The new Nissan Leaf is a sales disappointment. Nissan has only sold 7,808 units and is now selling more slowly than the just-introduced Honda Clarity PHEV. The Honda Clarity BEV is still in its initial launch stages and selling only in limited markets.

As strong as the Prius Prime's sales numbers are, the big news in EV sales this month is the Tesla Model 3 finally growing significantly. For details, please see our story "Tesla Model 3 Deliveries Leap Ahead In July Offering New Hope For Fans and Reservation Holders."

The Prius Prime, Chevy Volt, and Chevy Bolt are all for sale to owners in target EV states for around $20K after incentives are factored in. These models have a cost to consumers roughly half the cost of a Tesla Model 3 after incentives.

Prius Prime Fast Facts:
The Prius Prime PHEV has an all-electric range of about 25 miles and a total range of 640 miles before needing to stop for energy. With an EPA-estimated MPGe of 133, the Prius Prime has a higher MPGe than Telsa's Model 3 rated at 130 MPGe. The 2018 Prius Prime is an IIHS Top Safety Pick. 2017 Models earned the Top Safety Pick Plus designation.