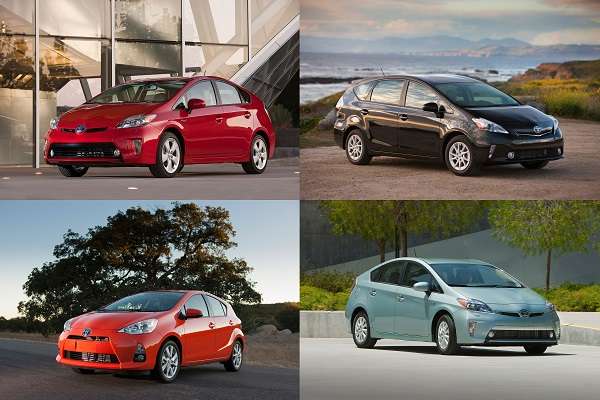 KBB Top 10 Green Cars award highlights the idea that a green car that doesn’t sell is not that green.
Advertisement

Imagine a car that was more efficient and cleaner than any other car in the market. It sounds great, but what if nobody buys it? Who is helped? What goal has been achieved? A recent Ten Best Green Cars for 2015 list produced by Kelly Blue Book (KBB) got us thinking about how much the volume of sales of a green car matters.

Despite being heavily subsidized both directly and indirectly by the US taxpayer, the fully-electric vehicles on the KBB list have the lowest sales. The Volkswagen e-Golf, for example, is number two on the list, but sold just 181 units in March. The number one car on the list is the BMW i3. It comes in both fully-electric and gasoline range extender versions. It sold just under 1,000 units in March, about half of which were fully-electric. The number three Nissan Leaf and the number six Tesla Model S round out the EVs on the green car list and combined sold a respectable 4,267 cars. In total, the EVs on the KBB Top 10 Green Car list sold about 5,000 cars in March.

Compare that number to the Prius hybrid, which sold 9,485 cars in its sedan form, and as a family of cars sold 16,000 cars in March. The next top seller is likely the Toyota Camry Hybrid at 2,700 units in March. Or it could be the tenth car on the list, the Jetta Diesel, but VW does not break out its diesel sales, so we are not sure.

The US is now in its fifth year of modern EV sales. As time goes on, and the EVs continue to win media awards, it is worth stopping once in a while to do a quick numbers check to see which green cars US customers are actually buying. The ones rolling down the road save a lot more gasoline and CO2 than the ones in the glossy press photos that don’t sell.

JayZ wrote on April 24, 2015 - 4:05am Permalink
This is a very good point, I think the old analogy applies here if you want to build a strong bridge, one way to do it is build it with the strongest and most expensive material. The second option is to make it as strong as it should be an no more with cheaper material. It is not too difficult to stick a big battery and build a 100+mpg hybrid but if the car is too expensive or has limited guaranteed life, customers will not buy. Gone are the days when people would ask their friends and buy a car by word of mouth. These days especially the younger generation are very up-to-date and in contact with reliable and accurate information and they are very capable of taking well informed decisions.