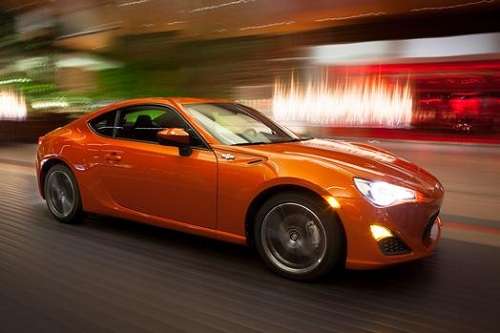 Ahh, but you have to be either a recent college graduate, a nurse, or an electrician. Details below.
Advertisement

Toyota is embracing the American entitlement culture by offering those who have recently graduated college (or are going to be electricians) a one grand rebate. In an effort to ease the anxiety that can come from having been a student for 17 years with summers off, and now facing the prospect of having only 2 weeks vacation, Toyota will rebate certain college grads $1,000.00. The fine print is important. The program only applies to certain models. There are other terms the recent graduate must accept as well.

According to Toyota’s press release, the program applies to any new Scion model, such as the new FR-S rear-drive sports coupe. This $1000 rebate may be the only money off that hot model, which makes this a very good deal for those interested in drifting on the way to work. Select Toyota models are also included in the program and they seem to be the models that Toyota thinks a college grad should drive. For example, the Matrix, Corolla and Yaris make the list. There are some other models that are more mainstream such as the Camry (but not the hybrid Camry), the Tacoma, and RAV-4. Toyota has recently added the new Prius c to the program. This is one of the first hybrid rebate programs to be announced by any manufacturer.

To qualify the applicant must have graduated from a 2 or 4 year college program or be about to. Toyota’s program requirements also specifically mention that nurses and electricians who have completed an apprentice program can also qualify. By exclusion we assume that plumbers, carpenters, iron workers, and x-ray technicians may not participate. Automotive studies do count in this program and Toyota has details for applicants. Working in a job, or being danger-close to starting a job, is also a prerequisite. Paying your bills on time is not. Toyota will forgive late payments (just two months late) to gyms, utilities, rent and other non-automotive related lenders. OMG, like who can keep track of rent and stuff, right?

Matthew F wrote on August 28, 2012 - 6:06pm Permalink
The only redeeming part of Toyota's rebate program is that they *didn't* get the American taxpayer to pay for it.... Yet they'll still be doing their part to increase the debt levels of recent college grads, which are already over $25,000 per student average as it is.... Whatever happened to getting a 1974 Dodge Dart for $400 for on'e first car? Ah... those were the days!

LG's New EV Battery Plant Is a Welcome News for Tesla
Tesla Giga Berlin's New Hurdle: It's Not Only the Gov't, but Now Tesla Itself
END_OF_DOCUMENT_TOKEN_TO_BE_REPLACED