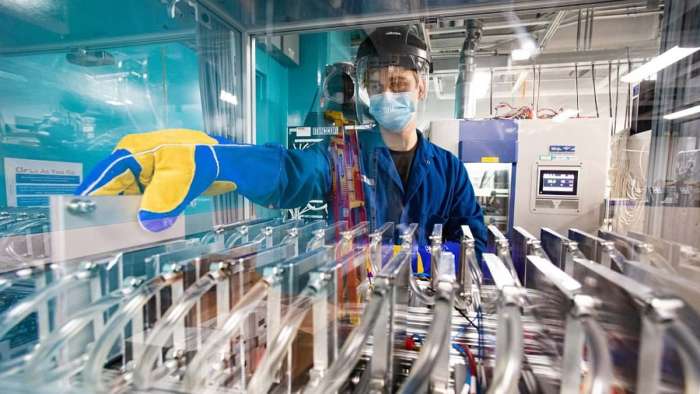 Toyota had created a US-Based collaborative of leading labs and universities to drive electric vehicle battery technology forward. Today it doubled down.
Advertisement

“Our focus on collaboration is what makes our research program unique. Rather than acting strictly as a funding source, TRI has formed deep collaborations with researchers which have led to joint publications as well as co-developed open-source data and software,” said Brian Storey, Director of TRI’s AMDD program. “This collaborative approach is critical to accelerate the development of new materials for battery and fuel cell vehicles as no single entity can do this alone.”

Far from being alone, the collaborative includes nearly every leading-edge EV battery development entity in the US. The list includes:

To date, the research program has led to multiple open-source software packages and some of the largest open data sets for batteries. Moving forward, TRI says it will focus more strongly on creating new research tools, methodologies, and capabilities to accelerate the commercialization of these advanced materials.

“We’re working with TRI to bring together polymer synthesis, rapid robotic experiments, molecular simulation, and AI to establish new design rules for polymers,” said MIT Professor Yang Shao-Horn. “Working with TRI has enabled us to bring together several different disciplines within MIT for a common mission of designing materials for next-generation batteries.”

“We are eager and excited to work with the world-class TRI team to explore how machine learning can be used with high-quality big data sets to explore the materials genome as it pertains to catalyst development – we are on the cusp of something big!” said Professor Chad Mirkin from Northwestern University.

This news is not unrelated to Toyota’s most recent update on its plans to emphasize the launch of battery-electric vehicles in the coming decade.