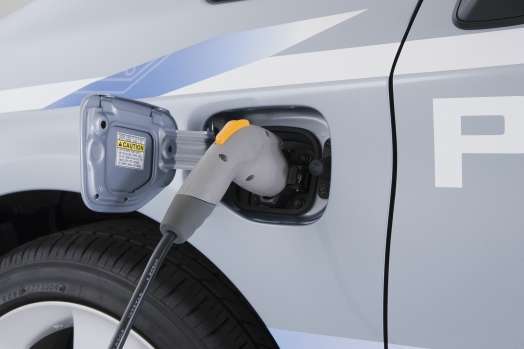 The announcement today by BMW that it will collaborate with Toyota follows a memorandum of understanding started over a year ago. Although Toyota is the clear leader in the world when it comes to hybrid vehicles, many people do not realize that the Prius, a name that has become synonymous with hybrids, has not used lithium-ion batteries. Even the new Prius V and Prius C, only made available in past weeks, use nickel-metal-hydride batteries. Only the new Prius Plug-in hybrid uses lithium-ion batteries.

Bullet Proof Batteries
The reason that Toyota has not moved quickly to adapt lithium-ion technology to all of its cars is complicated, but there are really two main themes. First, when Toyota and Honda first started to create hybrids for production, the Lithium-ion technology did not yet exist to do the job required. Therefore, the nickel-metal-hydride technology was used. That technology has proved absolutely bullet-proof for both makes. Early on many thought that the batteries would require replacement sometime during the vehicle’s maturity, but before 100,000 miles. That has proven untrue and the batteries are extremely reliable. Conversely, some automakers who have used other battery technologies have suffered notable failures that the buying public has been made aware of. For example, the Fisker Karma suffered a charging system problem during a recent test by a consumer products company. The Volt also had some bad press which required a change to its battery storage system.

Hybrid Rockets
BMW does produce hybrids, but thus far they have been primarily for bragging rights, not fuel savings. The 7 Series hybrid has a twin turbo V8 monster engine and a hybrid system that boosts power slightly, but mileage is far from frugal at 17 city. In the BMW 5 Series it is debatable if the hybrid offering is even the most fuel efficient 5. The BMW Active Hybrid 5’s stable-mate, the 528i, has better highway mileage and is within 1 mpg city according to the EPA. Clearly BMW can gain by working on hybrid technology with Toyota.

The announcement today also mentions the sharing of diesel technology among the two companies. Although Toyota has not announced or even hinted at bringing diesels to the US, its European subsidiary, TME, does need to offer diesels for that market. The agreement mentions that BMW will provide highly efficient 1.6 and 2.0 liter engines to TME. This sharing can benefit Toyota since BMW is highly regarded in Europe for its diesel power plants.

LG's New EV Battery Plant Is a Welcome News for Tesla
Tesla Giga Berlin's New Hurdle: It's Not Only the Gov't, but Now Tesla Itself
END_OF_DOCUMENT_TOKEN_TO_BE_REPLACED