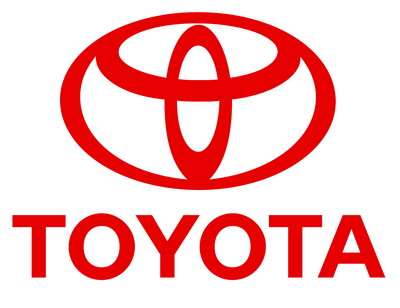 How Toyota and BMW will benefit from clean car cooperation

Both, BMW and Toyota, who signed a memorandum of understanding (MOU), said they will also look into other areas of collaboration by identifying and discussing other possibilities of working together.

Marking the announcement, Norbert Reithofer, Chairman of the Board of Management of BMW AG, said: “Toyota is the leading provider of environment-friendly series technology in the volume segment and the BMW Group is the most innovative and sustainable manufacturer of premium automobiles. We are now joining forces to further develop environment-friendly technologies and to expand our innovation leadership in each of our segments. Supplying Toyota with our fuel efficient and dynamic diesel engines represents another important step in the planned expansion of our sales activities for engines and powertrain systems.”

Representing TMC, President Akio Toyoda said: “It is a great joy and a thrill to enter into this mid-to-long-term collaborative relationship with BMW, a company with its own culture and history from its many years of car manufacturing in Europe, and a company that makes cars that are fun to drive. In the spirit of contributing to furthering the development of the auto industry and society, both companies will bring their wide-ranging knowledge - starting with that concerning environmental technologies - to the table and make ever-better cars.”

November 28, 2011 - Rumors have surfaced on the media, started by Japanese newspaper reports that Toyota and and BMW may enter into a partnership to build clean cars. While neither company has commented on the cooperation, the partnership would benefit both: Toyota particularly.

On Toyota's part the rumor about the partnership is not very surprising. It was only few days ago that Toyota's president Akio Toyoda spoke of plans to "deepen alliances" during a speech at a new plant opening in the United States. This is why analysts, who have been commented in the media about the Japanese-leaked rumors, believe that a partnership is more than likely.

There is also an echo from Germany. "When it comes to diesel motors, it makes sense for Toyota to work with a strong partner," Ferdinand Dudenhöffer, a professor at the University of Duisburg-Essen and director of its automotive research center tells Deutsche Welle. "Toyota should buy diesel technology from BMW instead of developing its own and continue investing in hybrid and other new types of motors, Ferdinand said. Thus, let's see who will benefit what.

A partnership with a European carmaker like BMW should be very beneficial for Toyota. First, the Japanese newspaper reports say that the cornerstone of the partnership is that Toyota will get diesel engines from BMW. This, in turn, will help to lower the production of hybrid cars and thus make more of them, which are in high demand now.

Getting diesel engines from BMW will also lower the cost of Toyota's research by further enhancing it. It will simply spend less time and effort on hybrid research.

Lowering production cost means better ability to fight the rate of the Japanese Yen vs Euro or vs the U.S. Dollar. Yen is rising against Euro. "Toyota is failing to generate a profit on nearly all models exported to Europe, J.P. Morgan analyst Kohei Takahashi tells The Detroit News. Therefore, all of the above improvements will improve European sales by expanding Toyota's diesel engine lineup.

BMW, according to reports, will get hybrid technologies in return. The exchange will help to strengthen its base. BMW, which has a good engine-maker reputation makes itself a good candidate for partnership with Toyota.

If the deal goes through, it will not be the first such partnership between a German and Japanese automaker giants. Dimler and Nissan-Renault have already partnered together. While Volkswagen and Toyota have had a partnership about two decades ago, they are rather estranged now. Thus, BMW and Toyota are a likely match.

Anonymous wrote on November 28, 2011 - 11:53pm Permalink
This deal is alot more important for BMW who does not have a hybrid system as good as Toyota. Nobody does. Toyota make fantastic diesel engines. In fact, if you look into the details, all those German common rail injected diesel engines are building them under license as its a Japanese invention (denso).