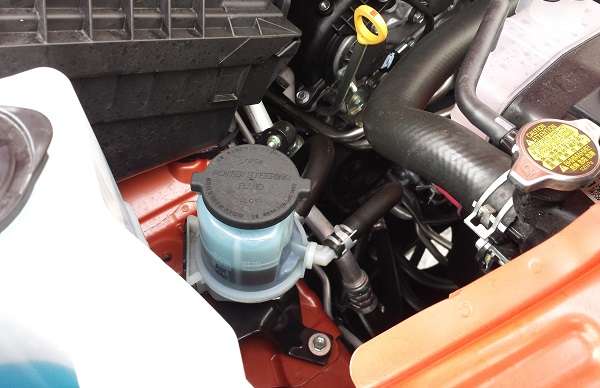 Here are three common MPG boosters it did not use. The real question is, would you have wanted them?
Advertisement

The all-new 2016 Toyota Tacoma V6 and the mostly new four-cylinder truck are competitive with the gasoline powered Chevy Colorado and GMC Canyon mid-size trucks when it comes to fuel economy. The EPA estimates the 4WD V6 automatic Tacoma returns 20 MPG combined, 18 City, and 23 Highway. The Colorado has similar numbers and the same combined rating. The Duramax Turbo Diesel is only rated at 23 MPG combined, just 3 MPG better. Could the Tacoma match that if Toyota wanted to?
- Click Here For Full MPG Info On All 2016 Tacomas

Tacoma MPG Improvement Area - Transmission
When the Tacoma entered its new model year, it received a new six-speed automatic transmission to augment the new 3.5-liter V6 engine. Six speeds are more than enough for comfort and fuel economy, but more gears do help. Rather than go to an eight-speed like the Lexus RX, or even 10-speed like the new Lexus LC 500, Toyota could have gone with a CVT to maximize the fuel economy gains of a broader gear ratio. We are not advocating Toyota does this because the feeling is not the same as a geared transmission. But if maximum fuel economy from an existing gasoline powered, non-hybrid drivetrain is the goal, this is the easiest change and the biggest bang for the buck.

Tacoma MPG Improvement Area – Electric Steering
The Chevy Colorado and GMC Canyon already switched to electric power steering (some call it electronic). By eliminating the hydraulic pump driven off the engine’s accessory belt, and by only using power when moving, electric power steering is a proven fuel saver. Toyota opted to stick with the hydraulic system for this generation to keep steering feel optimal and we applaud that. However, many popular models now have the best of both worlds and automakers are figuring out how to engineer a responsive electric steering system with great feedback. There is also the added bonus of never having to pay for power steering fluid changes. This one is a no-brainer.

Tacoma MPG Improvement Area- Lighten Up
When we first tested the TRD Off-Road I popped and lifted the hood and was shocked by how heavy it was. Our Toyota contact confirms there is a lot of steel in that hood. Tough trucks like the Silverado and Ford F-150 have used aluminum hoods now for generations. Aluminum is a great option, but non-metallic materials may be even better for a hood since it does not have much of a structural or crash responsibility. While we are on the subject of aluminum, Toyota could do the opposite of what Ford did and make its frame out of aluminum. Done right, the frame would be lighter, saving fuel, and also end Tacoma’s vexing frame rot legacy for good.

These three ways to save fuel were all possible on the 2016 Tacoma, and Toyota left them on the table for the next generation to improve on fuel economy. Other corporate average fuel economy credits from things like stop-start are also still open to the Tacoma, meaning the truck still has a way to go before it is at its peak fuel economy. That peak may well be better than 23 MPG in a V-6-powered 4WD truck. So now that you know all this, would you have wanted these changes or not?

Bob wrote on February 28, 2016 - 8:53am Permalink
This is like asking do you want your coffee at 8:01am, 8:02am, or 8:03am.
Travis wrote on March 16, 2016 - 12:11am Permalink
I would have to argue when it comes to the electric power steering. I personally prefer hydraulic because it is more dependable then electric. I applaud Toyota for making this decision. When I buy a vehicle I keep it for 15-20 years. I would personally avoid a vehicle that has electric power steering because they never hold up and costs a small fortune to repair and fix, which because its electronic will definitely happen.
JR wrote on March 19, 2016 - 7:26pm Permalink
Electric power steering is no good on a truck , they are not as reliable/durable as a hydraulic system. just a cheaper alternative. as for the transmission I wouldn't buy a truck with a CVT , always annoyed at them, most sedans have these ..no soul and cheap driving experience in my opinion. and also again not very durable. as for using steel over lighter materials, you cant argue with success ..Toyota builds the best selling compact trucks and most reliable trucks world wide , don't forget the Tacoma's sibling the legendary Hilux to some durability and reliability is more important than 1 more mpg!
Tby wrote on August 10, 2016 - 7:47pm Permalink
The only reason Toyota stayed with hydraulic PS is costs. Same with staying with Drum brakes. No reason why these old tech stayed on a 2016 vehicle. These are heavier, more moving parts, and requires maintenance (topping of the fluid). I like the Tacoma but it's overpriced against its competitors.
danwat1234 wrote on December 19, 2016 - 2:46pm Permalink
I thought atkinson cycle was somehow (without hybrid assistance) standard on the 2.7 liter V6 on the Tacoma? Though, fuel economy certainly doesn't look like it's not a regular OTTO cycle engine..
Marine53 wrote on November 19, 2019 - 9:15am Permalink
At it's current development level a CVT is not an adequate transmission for trucks. It is designed for lower torque requirements; not where towing and high loads are involved...