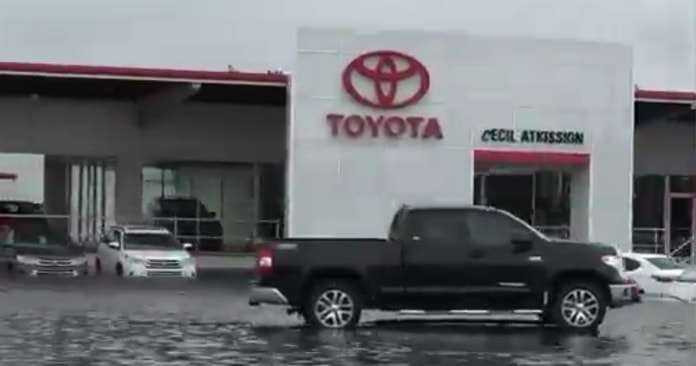 Is There A Coming Toyota Tacoma and Tundra Shortage?

With so many pickup trucks destroyed, will Toyota have a hard time meeting demand for the Tacoma and Tundra?
Advertisement

Is there a Toyota Tacoma and Tundra pickup truck shortage looming? With so many flood-damaged and destroyed pickup trucks about to leave the market, where will the replacements come from?

Toyota's Tacoma factories in Texas and Mexico are already at full capacity. Prior to the Harvey floods, Tacomas were already quick-turn vehicles in high demand at Toyota dealerships. The Weather Channel reports that over 500,000 vehicles will end up "flood-totaled." With pickups being the most popular vehicles by far in this region, how will the sudden need for so many new vehicles be filled by Toyota?

We reached out to Toyota and asked if the nearby Tacoma factory locations were damaged in the storm. Toyota's Corey Proffitt confirmed that, thankfully, they were spared. Proffitt told Torque News, "Fortunately, no capacity was affected at our San Antonio facility. And, while we know there are some damaged vehicles, it isn’t yet clear what type of vehicles those are."

Toyota's official statement on the flow of trucks into the market is as follows:

“No damage has been reported to any of our manufacturing facilities, and production remains unaffected. Deliveries of new vehicles to Houston for the regional private distributor, Gulf States Toyota (GST), have resumed to the affected areas. As of Friday, three Beaumont-area Toyota dealerships were closed. There appears to have been some damage to new vehicles although the extent is still unconfirmed. Dealers and suppliers are continuing to assess conditions and adjust operations, as needed."

One reason the Toyota Tacoma is often cited as the vehicle with the highest resale value in America is that the supply is relatively tight. Toyota sells approximately 16,000 Tacomas in North America each month, and the market could accept many more. GM's Colorado and Canyon production was at full capacity prior to the storm, however, full-sized pickup production was not.