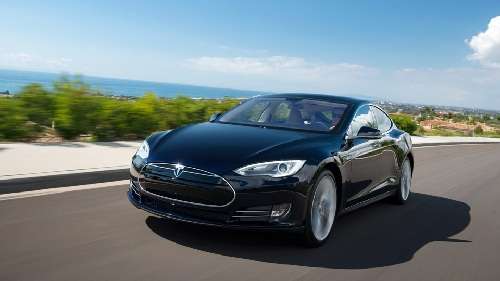 Tesla claims production and shipment numbers that are quickly moving it out of the niche catagory and possibly into the levels of some mainstream brands.
Advertisement

In a press release today Bentley announced its Q1 sales figures and what stood out was that it would appear that Tesla has passed Bentley in sales. Here at Torque News, and at automotive and general media publications the world over, Tesla has received an outsized amount of press coverage compared to its low sales volume. However, that may be shifting. Not because Tesla is getting less coverage, but rather because its sales are apparently growing at an astounding pace.

Tesla does not do things “The way they always have been done.” Whether the car is the topic (it’s electric in case you have been under a stone for 3 years), the path to market, or the vehicle’s electronics, Tesla seems to look for ways to break the mold. One way that Tesla differs from other automotive manufacturers is that it does not really report its sales. When forced to by Securities and Exchange Commission guidelines it does. However, in between those quarterly accounting reports Tesla instead hints and winks when it talks about how many vehicles it has actually placed in owner’s driveways. At this point, it is starting not to matter anymore. If Tesla has not built and cashed customer checks for over 4,000 cars in Q1 of this year, the officers of the company are going to be visited by some pretty serious folks from the SEC for misleading investors. For details on Tesla’s sales volume and production history click here.

Bentley for its part shipped 2,212 cars in Q1. That is up significantly from the same quarter one year ago, in which it shipped 1,759. Bentley said in a press statement that ” Growth was led by a strong US market and outstanding sales in the Middle East, Asia Pacific and Europe, as the company opened a further eight new dealerships in the first three months of the year.” It may sound a bit strange to hear the US market was strong, but in fact in the automobile world this past 12 months has been the strongest in history. Luxury makes in particular did very well. Any luxury automaker not seeing huge leaps in sales should be very nervous (Lincoln).

Like Tesla, Bentley serves affluent customers looking for a second, third or fourth vehicle. Neither is a mainstream car to be used in the same fashion one might use their crossover or sport utility vehicle. Interestingly, up to about 100 mph they also have similar performance, which is to say nearly the top of the game. Both make very large and heavy (solidly constructed) vehicles.

Unlike Tesla, Bentley is part of one of the world’s three largest automakers, Volkswagen Group. That brings huge economies of scale. Even Bentley’s engine is not unique to it. Tesla does have some partnerships, notably Mercedes Benz, but the Model S, its only car for sale, is almost entirely of its own design and creation.

Tesla’s emergence as a luxury near supercar maker with the ultimate in green credentials has woken up some sleeping giants. Prior to the appearance of Tesla on the world car scene, many automakers were planning to simply add a bit of internal combustion technology to their existing cars and sell them as always against one another. If Tesla sells 20,000 cars this year those purchases were almost certainly at the expense of other luxury cars. Porsche’s new Panamera Plug-In Hybrid is a good example of the reaction to Tesla and the green movement. For details on that amazing car click here.

Comparisons between Tesla and other automakers are not common, except in statements like “As fast as a Corvette” or “As comfortable as a BMW M5 but faster out of the gate.” It will not be long before statements like “Much bigger than Bentley, and closing in on Acura” become part of the conversation.