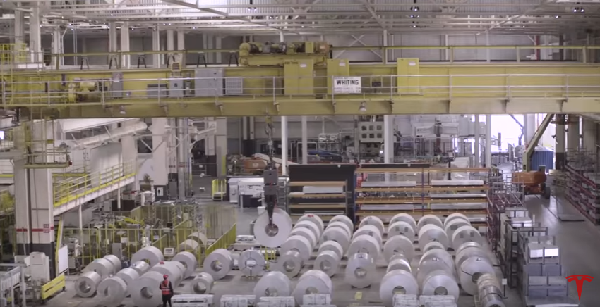 Tesla Motors May Benefit Most Among Automakers In a Trump Presidency

Tesla fans and stock-holders may want to pause and consider before doing anything drastic.
Advertisement

An owner of three Tesla Model S cars and some Tesla stock asked me today what my thoughts were on a Trump Presidency as it relates to the health of Tesla Motors. He was considering selling off his Tesla stock. While I don’t own any individual stocks, and never have, the question did get me thinking. Here are a couple of observations about what might be coming, and why Tesla Motors may be in the best position to benefit from a Trump Presidency among its automaker peers doing business in America.

First is the question of “Made In America.” Name an automaker that builds a higher percentage of its vehicles in America than Tesla Motors. I can’t name any. In fact, Toyota is the only automaker that routinely breaks out how many vehicles it builds in North America in its monthly sales reports, and that includes vehicles built in Mexico and Canada. All of the vehicles sold in the U.S. by Tesla Motors are made in Fremont California by its approximately 6,000 non-union workers.

Tesla also just built a huge factory for battery packs in Nevada. If ever there was a poster-child for a U.S.-made vehicle, Tesla is it. Of course, Tesla sources parts from around the world, but we like easy to think of and say things in our politics and without a doubt, the Model S and Model X are U.S.-built. Tesla’s current website has job openings for positions in Nevada. The post reads “We are currently accepting applications for engineering, manufacturing, and facilities positions.” Hundreds of skilled workers supported by thousands of subcontractors built the Gigafactory. When running, the factory will employ about 300 people directly, and thousands will work as suppliers.

It goes unmentioned usually, but there are import duties in the U.S. right now on passenger vehicles. Specifically, a 25% import duty on “light trucks” imposed by Democratic President Johnson, and kept in place by every President and Congress since. The new Asia-Pacific trade deals that had been in progress were to have eliminated this import tax on trucks made outside of NAFTA, but candidate Trump has said he will oppose those deals. He has even mentioned NAFTA being in question. Imagine a 10% import duty on all vehicles made outside of the U.S. That would make every Tesla more competitive overnight. (Before You Comment, Please See Page 2)

Many assume that a President Trump will be anti-clean energy. That remains to be seen, but Tesla Motors’ recent marriage to Solar City may be a negative in some ways if solar subsidies are eliminated. One area that Tesla is more immune than other automakers is with regard to EV-subsidies. The federal tax deductions are limited by total vehicles sold. Tesla has used more of its allotment than any other automaker has. Assuming the tax credit is not rescinded, Tesla was still going to run out in its early Model 3 years. Tesla may have timed its launch perfectly to maximize this benefit.

Elon Musk is a charismatic and very intelligent person. He may have a lot more in common with President-elect Trump than most CEOs. At a minimum, his is the only car company presently building all of the U.S.-market cars it sells inside our borders. Politics makes for strange bedfellows. Don’t be surprised to see our next president pointing to Tesla Motors as a good example to follow.

Comment below on the topic, but all posts are screened and we will not entertain insults and general comments about the election. Please do add any insight you may have on how Tesla Motors may be affected by the recent change in party in the executive office.

Arnold Gordon wrote on November 22, 2016 - 3:32pm Permalink
Also, the rest of the world has committed to EV production in a very big way - Europe, China and India have massive environmental imperatives and related initiatives in place by the end of the decade. It is obvious then that they will be the leaders of the future if Trump's administration were to drop the ball. Given that Trump has stated clearly that he does not want America to be second best, he would have to ensure that America remained in its leadership position and place in home-grown quality EV products. Also, the recent VW Dieselgate settlement has set aside a massive $2.2B fund to set up a ZEV infrastructure, and that has to happen too, further supporting the rising EV trajectory, regardless of what happens in Washington.

Tesla Giga Berlin's New Hurdle: It's Not Only the Gov't, but Now Tesla Itself
Teslas Are Sold Out Until 2023, But The Timing May Reverse
END_OF_DOCUMENT_TOKEN_TO_BE_REPLACED