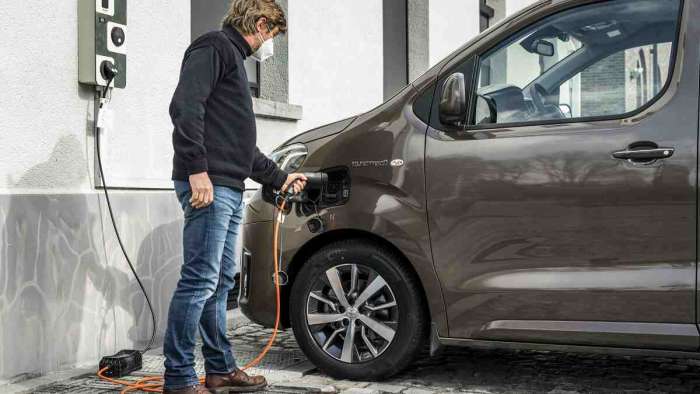 Tesla is continuing to expand its premium-priced vehicle segment footprint in Europe, but Tesla is not the top-selling EV supplier in Europe, nor is Tesla even number two. Stellantis and VW are both ahead of Tesla. The main "problem" for Tesla is that the Tesla brand does not have a small van, small hatchback, or compact work vehicle for Europe. This leaves the meat of the market open to Toyota, which offers green vehicles at affordable prices for all of these segments.

Toyota recently reported its delivery volumes for the European market. Although limited inventory continues to restrain every manufacturer’s efforts to meet consumer demand, Toyota’s market share rose from about 6% in the European market to 7.2%. While these single-digit numbers may seem small at first glance, they represent a significant volume of vehicles. Toyota’s European market delivery rate is on track to easily surpass 1 million units in 2022.

The mix is interesting to this U.S.-market automotive media member. Affordable compact hybrids are the dominant choice of Toyota shoppers in Europe. The Yaris and the Corolla are the high-volume sellers, with the “Cross” version of both being the preferred body style. Both the Yaris and Corolla have hybrid a take-rate of about 80% or more. The C-HR is also very popular, and it is 100% hybrid.

Toyota also sold over 20,000 Proace electric vehicles in the first half of 2022. Toyota only introduced the Proace electric in 2021, and has a meaningful volume of sales already. The Proace is a compact van that can be used by a contractor or a homeowner. 20,00 units is a respectable number of EVs for this market today. According to Inside EVs, Tesla's total volume of EVs in the market during the period was under 80,000 units.

Matt Harrison, President & CEO of Toyota Motor Europe, summed up the company’s first half of 2022, saying, “We are greatly encouraged with a record market share of 7.6% for the first half, given the geopolitical, economic issues and supply chain shortages. We have unprecedented demand for new models such as Yaris Cross, Aygo X and Lexus NX, but also, for our more established products like Yaris, Corolla and C-HR. We are sitting on a six-month order bank which is testament to the product power of our low CO2 electrified line-up.”

Tesla is clearly the high-priced trendsetter in zero emissions vehicles in the European market. However, as always, Toyota remains a powerful force in affordable green vehicles in the European market. This is largely due to its proven hybrid technology and a vast product portfolio that serves the needs of consumers with limited budgets below the luxury purchase line.

The next two Tesla products to be released, the Cybertruck and the new Roadster, don't seem to fit well with mainstream European vehicle shoppers. Will Tesla continue to focus only on wealthy buyers who want flashy vehicles at high cost?

Tesla Contemplates A New Strategy for China Retail even As Sales Boom
Jay Leno on Elon Musk & EVs: “I Think He Should Get ... Credit"
END_OF_DOCUMENT_TOKEN_TO_BE_REPLACED