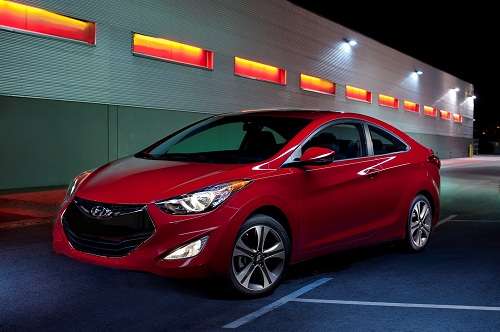 Survey results about exaggerated MPG ratings may surprise you

Two manufacturers have recently been ensnared in a scandal involving exaggerated mpg claims. A recent survey found the public's opinion is split on the issue, but leans one way.
Advertisement

Recently, Hyundai has apologized for making exaggerated claims about its fuel efficiency. After being “caught” the company republished all of its MPG numbers and they went down on most models. In addition, the company has a program to compensate owners for the inconvenience. At a recent auto show the company spent a lot of time during a new product introduction to make sure that those in attendance (reporters) knew the company took the matter seriously and is trying to reverse any damage it had caused. Starting with reporters was a wise move. Many, me included, wrote stories about Hyundai’s amazing fuel efficiency and are not happy that we did so given the fact they have now been adjusted downward. Ford is now being sued as well and the fallout has not yet ended for the automakers in general over this serious issue.

Many people assume that the Environmental Protection Agency (EPA) actually tests cars and thus the fuel economy on the window sticker is an independent, measured rating. It is not. The automakers self-test their vehicles and the way it is done is regulated by the EPA. Some factors in the test are not actually tested due to track time constraints and that is where the fudge factor can be stretched a bit. Like stretching it to get a car from a 38 mpg highway rating to the magic 40.

Like many people caught up in our work, it is hard for auto writers to know how much something like this really matters to the general public. To answer that question we look for independent data. Luckily, Swapalease has done a survey asking customers how they feel about this exaggerated mileage issue and the results are below. Swapalease is a company that acts as a helping hand to those wanting to leave a lease. It puts the lease owners in touch with people that would like to have a lease. It works just as well in reverse and Swapalease is the pioneer in this marketplace. The company does monthly surveys of its customers and has many hundreds of responders. It compiles the results here and publishes them without editorial comment. Here are the questions and the answers received on the topic of exaggerated mpg claims.

Q: Are you aware of the false MPG claims recently from carmakers like Hyundai and Ford?

Q: Do the false MPG claims reported recently on some cars disturb you?

Summarizing the results, more than three quarters of the car buyers (leasers actually) surveyed were aware of the issue. Almost sixty percent said that they were not happy about the test results being inaccurate and that it might change their buying decision. Interestingly, about 38% don’t really care much about it. That is good news for automakers whose compact class cars don’t hit the magic 40 mpg highway, or whose trucks get real world mileage in the mid to high teens.

Comment below and tell us your thoughts on manufacturers who exaggerate their mpg ratings.