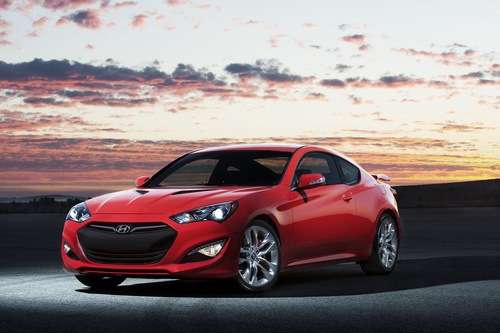 In a surprising announcement, Hyundai and Kia are adjusting fuel economy ratings for approximately 900,000, 2011-13 model year vehicles and will reimburse owners for additional fuel costs.
Advertisement

If you own a 2011-13 model year Hyundai or Kia vehicle sold through October 31, 2012, you will be receiving a refund from the South Korean automaker. It was announced today that both companies will need to adjust fuel economy ratings for approximately 900,000 vehicles, which represents 35 percent of vehicles sold through October, 2013. The companies are voluntarily adjusting the numbers after discussions with the EPA revealed procedural errors occurred during the testing process in Korea.

Both Hyundai and Kia which are a part of the Hyundai Motor Group, have announced a program to reimburse affected current and former vehicle owners to cover the additional fuel costs associated with the fuel economy rating change. The company says that “Customers will receive a personalized debit card that will reimburse them for their difference in the EPA combined fuel economy rating, based on the fuel price in their area and their own actual miles driven.”

And for the inconvenience it has caused customers, Hyundai and Kia will add an extra 15 percent to the reimbursement amount. As long as customers own their current effected vehicle, they will be able to “refresh” their debit card. Prior owners of the mislabeled vehicles, who have already sold their cars, will also be reimbursed using the same formula.

“I sincerely apologize to all affected Hyundai and Kia customers, and I regret these errors occurred,” said Dr. W. C. Yang, chief technology officer of Hyundai/Kia research and development. “Following up on the EPA’s audit results, we have taken immediate action to make the necessary rating changes and process corrections.”

Both companies have been growing quickly here in the U.S. and have a big appeal with younger buyers. Hyundai Motor Group has been a customer-focused organization in the past and it’s a good move on their part to compensate customers for the error. Byung Mo Ahn, group president and CEO, Kia Motors America and Kia Motors Manufacturing Georgia says, “Our reimbursement program is intended to ensure that all affected Kia customers quickly receive fair compensation.”

Affected vehicles that are currently in Hyundai and Kia showrooms will be relabeled immediately. Fuel economy ratings for the 2012 Hyundai/Kia fleet fuel economy level is reduced by an average of 3 percent – from 27 to 26 MPG. We shall see how this affects buyer confidence in the South Korean automaker. It’s a good move on their part to act quickly and take care of their customers.

For more information about reimbursement and a complete list of eligible vehicles, customers can visit www.HyundaiMPGinfo.com and www.KiaMPGinfo.com

marion tomaski wrote on October 27, 2013 - 12:26am Permalink
We're do I take my car to take mileage done? Have done it last year but lost card