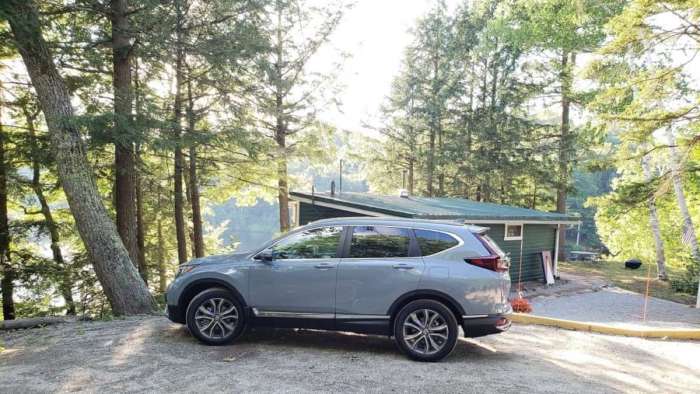 A new study conducted by ConsumerAffairs finds that for most shoppers, mainstream brands hold the highest appeal.
Advertisement

A new study conducted by the publication, ConsumerAffairs (CA), looked at many factors around car shopping. One of the most interesting findings, based on the survey results, was that for most shoppers, the brands that have the highest appeal are Honda, Toyota, and Hyundai. Let’s explore why this might be.

If you’d like to jump over to the ConsumerAffairs study, feel free to do so. Here is the link directly to the summary page for the study. Stick around for a bit, though. Maybe we have some tidbits that may help expand on CA’s findings.

The survey revealed that Honda was the most coveted brand in the eyes of consumers, Toyota a close second, and Hyundai third. Note that this study looked at all shoppers of all vehicles. Not just new car shoppers. Not just EV shoppers, not just SUV shoppers, etc. All shoppers.

Among those shopping used, perhaps keeping the budget real and finding a new car with a reputation for reliability was a key factor in which brands held the most promise of a happy ownership experience? Honda and Toyota both have stellar reputations for reliability, and Hyundai has the longest warranty in the industry, particularly for new car shoppers.

Honda, Toyota, and Hyundai are also the brands that offer affordable energy-efficient vehicles in America. Honda offers the Clarity and Insight sedans and the CR-V Hybrid crossover. Toyota's list of affordable energy-efficient vehicles is incredibly long. The Prius, Corolla Hybrid, Camry Hybrid, RAV4 Hybrid, and Highlander Hybrid are just a few of the many fuel sippers Toyota builds now and has for decades. As of late, it is Hyundai with the biggest push. The Elantra Hybrid, Sonata Hybrid, Ioniq, Tucson Hybrid, and Santa Fe Hybrid are just some of the affordable options.

These three car makers also actually make cars. In huge volumes. Toyota and Honda both have individual models as large in volume as many small brands total sales. The chances you can find a used Toyota RAV4 or Honda CR-V are a lot higher than finding a used Model Y from Tesla. Speaking of Tesla, only one in five respondents had any interest in self-driving technology.

Another key consideration is that among all respondents, the average price of a new car of interest was below $23K and for a used car, below $18K. The automotive media have a way of pretending as if a $170,000 Lucid Air is actually a vehicle that many Americans will ever see. Never mind dream of owning.

Which brands followed the Honda, Toyota, Hyundai brands among those most coveted? Audi, BMW, Chevrolet, Nissan, Ford, Kia, Jeep were the only ones with meaningful percentage results.

Tell us in the comments below if you think there is a disconnect between the brands that earn media coverage versus those that buyers ever plan to actually own.

Mark Day wrote on March 19, 2022 - 8:25pm Permalink
In my view the last year to make a rational vehicle purchase was 2012 - I've got three 2012s. Reason: too many "tech" gimmicks being added to new vehicles. Gimmicks/”features” I can do without: Auto stop/start, CVT, AFM, direct injection, 4-cylinder engines, turbochargers, 9&10 speed auto transmission, automated manual trans, nagging “safety” reminders, computerized everything, a fiery house-burner (electric vehicle). If I’m asked for a current recommendation it would be Mazda.