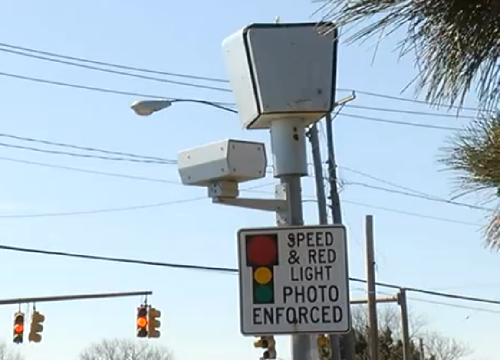 Do your feelings about red light and speed cameras match the majority?

An IIHS study seems to dispel the conventional wisdom that the general public does not like this type of enforcement.
Advertisement

Red light and speed cameras are now used in 530 communities in the US. If you live in one of those communities you are thrilled about that. Wait, you’re not thrilled? Well, you are in the small minority of folks who feel that way. According to a new Insurance Institute for Highway Safety (IIHS) survey as many as 87 percent of respondents support the use of red light cameras and 76 percent think speed cameras are peachy-keen.

IIHS’ study was specific to the Washington D.C. area. In its study, IIHS found that 93 percent of respondents were aware that the D.C. Metropolitan police use red light and speed cameras. Commenting on the apparent disconnect between the perception of public opinion of traffic enforcement cameras and how survey respondents answer, , Anne McCartt, IIHS senior vice president for research said "D.C. residents' opinions about automated enforcement are clear. Contrary to some media reports, Washingtonians aren't fed up with red light cameras and speed cameras. Pedestrians and drivers alike support them.” Those in favor of the technology will be happy to hear the use of these cameras will soon expand to both stop signs and crosswalk violations. If the new cameras are as effective as the ones being used now on red lights, the areas that use them could see violations drop as much as 40% according to IIHS.

Washington D.C. is an unusual place for drivers. For example, in the whole of the United States about 15% of traffic fatalities are non-occupants, meaning that they are pedestrians or they are cyclists. However, in the D.C. area the study reveals that fully 40% of all traffic fatalities were pedestrians. Shockingly, 35% of those were of pedestrians in crosswalks. Clearly the congested are of downtown D.C. has its own special issues.

Many people believe that traffic cameras are simply a revenue generation scheme. This may be true in some communities, but IIHS says that “Study after study shows that the devices improve safety.” Yet some are skeptical. The survey revealed that “More than a third of D.C. residents who opposed speed cameras said that the objective of camera programs is raising revenue rather than safety.” Some who feel this type of monitoring is unfair fight back using their own technology. Some radar detectors now have GPS technology that allows the user to get warnings when they are in an area monitored by traffic enforcement cameras. Of course, that would not be helpful in D.C. since the use of radar detectors is unlawful in that jurisdiction.

On the flip side of the issue, some are strongly in favor of automated traffic enforcement. For more on that viewpoint please see this Torque News article by reporter Don Bain.

The expanded traffic enforcement camera program in D.C. rolls out later this year. For the full text of the IIHS’ study please click here. We would love to hear your opinions on red light and speed cameras. Comment below.

Photo courtesy of Youtube.com and WNWOtv

Aaron Turpen wrote on April 30, 2013 - 12:27pm Permalink
Washington, DC by definition is full of statists who love nanny state governance. So this is not a surprise at all.