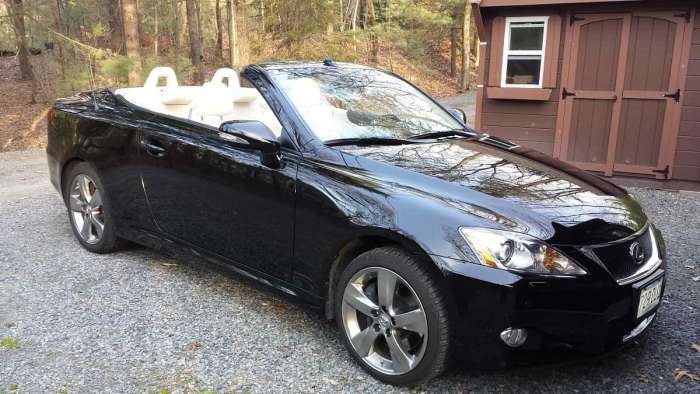 A new study by the safety team at IIHS reaches a surprising conclusion on convertible safety.
Advertisement

Convertible cars may look unsafe as they cruise down the road roofless, but not one, but two separate studies have found that they are statistically just as safe - or safer - than the same model equipped with a roof.

The studies compare crash and driver death data of models that are offered both with and without fixed roofs. The most recent was conducted by the Insurance Institute for Highway Safety (IIHS). The study concluded that crash rates and driver death rates were lower for convertibles than for nonconvertible versions of the same cars.

“These findings don’t suggest that convertibles offer better protection for their occupants than other cars, but they do indicate there’s no statistical basis for concerns that the lack of a permanent roof makes them more dangerous,” said Eric Teoh, IIHS director of statistical services, who wrote the paper.

The IIHS study used data from the Fatality Analysis Reporting System maintained by the National Highway Traffic Safety Administration (NHTSA). Researchers compared the rates of driver deaths and police-reported crashes per miles traveled for convertible and nonconvertible versions of vehicle models sold from 2014-18. The study also compared the known details associated with the fatal crashes. For example, the vehicles' point of impact and whether the driver of the vehicle was ejected, as well as impairment and seat belt use.

The analysis revealed that convertibles were involved in 6 percent fewer police-reported crashes per miles traveled than their conventional counterparts. It also found that driver death rates were 11 percent lower. However, it comes as no surprise that the likelihood that the driver was ejected from the vehicle in the event of a fatal crash was higher for convertibles than conventional versions. “Based on this study, convertibles don’t appear to pose a particular safety risk,” Teoh said. “If you’re shopping for a convertible, you should consider crash test ratings and safety features, just as you would if you were shopping for any other car.”

In a separate study done earlier this year, the Highway Loss Data Institute (HDLI) conducted a comparison study of insurance claims data for vehicles available in both convertible and nonconvertible versions. That study found convertibles had lower injury rates and collision claim rates than fixed-roof vehicles.

John Goreham has owned multiple convertible models and is still alive. You can follow John on Twitter, and view his credentials at Linkedin

Image by John Goreham. Re-use with permission only.

DeanMcManis wrote on June 26, 2020 - 2:32pm Permalink
For most of my driving life I have owned at least one convertible. Living in sunny California makes owning a convertible reasonably practical, and they are very fun cars to drive with the top down. I never really think about the possibility of being ejected from the car, but then again I always wear by safety belts. Other than having a folding roof, most modern convertibles share the safety advancements that have come over time to all new cars. Other than daredevils, I'd say that many convertible drivers are careful drivers, as you are reminded of your exposure, having the top of your car gone. If you do race your convertible (as I have done many times on race tracks) there are safety restrictions, and often you are required to install 5-point safety belts and roll bars for higher speeds and serious racing. There are similar safety equipment restrictions for hard top vehicles as well. But the freedom of having no roof, and a clear, panoramic view, with the wind in your hair, can make a convertible amazingly fun to drive. Even when you are not driving quickly.