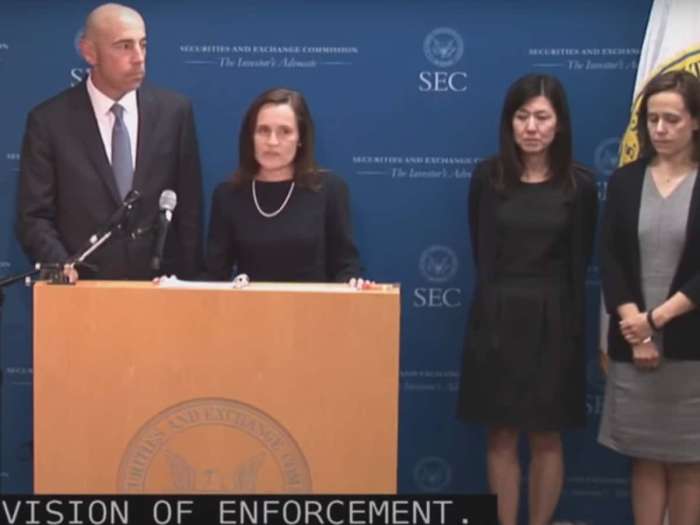 Elon Musk's coming legal problems have been apparent to those working with him. The reason so many key executives have fled Tesla over the past year is now obvious.
Advertisement

Imagine yourself a highly-educated, super-intelligent corporate officer with a strong resume. You find yourself at a company led by a maverick genius who is making libelous statements about rescue workers, who discussed your company's future while he smokes marijuana and drinks alcohol on videotaped podcasts, and who has almost obviously made a series of statements that are about to bring the SEC down on the company. You are marketable. You have other options. The phone keeps ringing with other offers. Do you even need to make a "decision T?" Do you even have to do a cost-benefit analysis of the risks of staying at the imploding company? No, you don't. You write your resignation letter citing "The need for more time with family" or the old standby "To seek other opportunities." But you find a line at the HR offices and no HR director to whom to resign. Because the head of Human Resources beat you out the door.

For executives earning high six or low seven figures, there is zero motivation to stay at a company about to be investigated by the Department of Justice, and the SEC, and which is being sued civilly by investors in multiple class action suits. There is no personal obligation to support a CEO who is so off the rails that he somehow found time to become embroiled in a defamation suit, with of all people, a rescue volunteer. Bailing on Tesla is not just a smart career move, it is a smart personnel move.

If you think stories written like this one are somehow targeted at Tesla due to a conspiracy of some sort please be sure to include the EV-advocacy media in the conspiracy. Here is a short list of just the most recent headlines by media of all sorts covering the flight from Tesla's sinking ship:

Elektrek - Tesla’s head of HR is on leave, third high-level exec to go ‘on leave’ this year
Forbes - Time To Follow Tesla Executives And Run For The Hills?
CNBC - Yet another finance executive is leaving Tesla
Business Insider - List: Executives who have left Tesla in 2018 - Business Insider
LA Times - Never mind the marijuana — take a look at the executives fleeing Tesla, investors and analysts say
Bloomberg - Tesla Erupts in Chaos After Senior Execs Leave, Musk Tokes Up

Everyone loves the products that Tesla produces. Everyone finds Elon Musk captivating. However, the folks who work most closely with him have been running for the exits. If you are wealthy enough to purchase a Tesla luxury vehicle, you very likely have had some exposure to business. If you have ever worked a company that is melt-down mode, you know the drill. The department heads start to disappear. Then outsiders show up. They quickly depart and key positions remain unfilled. The next step is putting a dusty plant in a printer paper box and telling weepy Mave in the cube next to yours "It will all turn out OK."