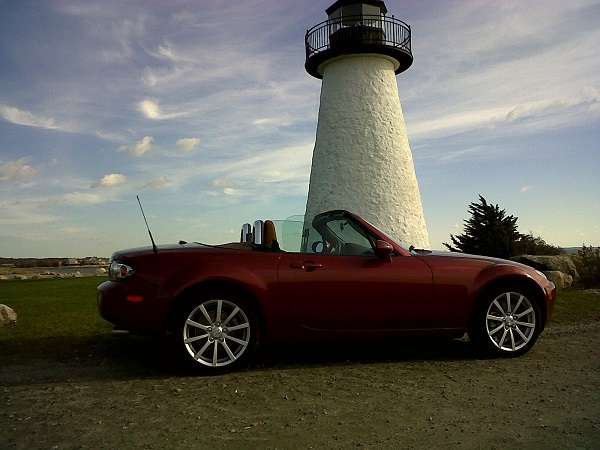 Sayonara 3rd-generation MX-5 Miata, you will be missed

Here's the side of the story that every single other news outlet is not reporting as Mazda begins production of the 4rth-genration Miata.
Advertisement

The last third generation Mazda Mx-5 Miata has been built. Torque News knew it was coming and today our contact at Mazda has confirmed that the final Gen 3 was produced in January. The Hiroshima factory has been refitted for the new 4rth-generation car that will be a 2016 model year car for sale this summer in the US and sooner in other markets.

The third-gen Miata, also called the “NC”, started as a 2006.5 model year car in the US market as a clean-sheet. The US car shared no parts with the prior generation cars. At the time of its launch its 2.0-liter, normally aspirated engine with about 170 HP (later rated 167) was relatively powerful for a car produced in its volume. Honda’s S2000 had a higher specific output, but at a much higher price point and dramatically lower sales volume. The Miata engine with its optional 6-speed manual (a 5-speed manual was fitted to the base trim) was a perfect match for its mission.

With its full suite of safety equipment such as stability control, side-impact airbags, and traction control, the NC Miata was a very stable sports-convertible and safe relative to its size and style. The NC was the first Miata with factory rollover protection on all models.

So much has been written about the Miata’s performance there is no need for us to repeat it here. Suffice it to say that for on-road use the Miata was perhaps the best all-around convertible/grand tourer ever available to the masses. At its price point of under $30K it was hands-down the best.

A quick list of the 3rd-Gen Miata’s early shortcomings helps us understand the car and how Mazda saw the vehicle. The 2006.5 through 2009 cars had a cup holder that would dig into the driver’s left leg right at the knee joint. I still have the dent put there by 2007. Mazda fixed that mistake in 2009. The engine was a bit buzzy until a sound inductor tube was fitted mid-cycle making the sound of the car dramatically better (video below). The audio system by Bose was weak. That’s it. Otherwise, the Miata was perfect.

As widely reported last week, the 2016, 4rth generation Mazda MX-5 Miata production has commenced. Since all Mazda needed to fix was the stereo, we all have very high hopes for the car.