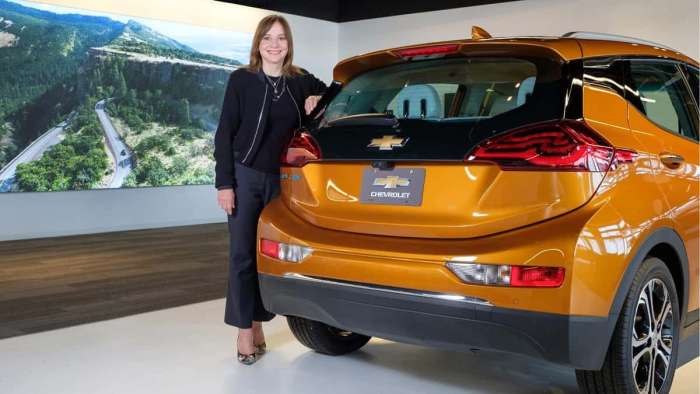 A new report by J.D. Power indicates that owners of battery-electric vehicles are less satisfied with the work dealers perform on their vehicles. Here’s how BEV owners’ experiences differ from other car owners following service work.
Advertisement

J.D. Power’s latest 2021 Customer Service Index (CSI) Study finds that owners of battery-electric vehicles (BEVs) are less satisfied with the service performed on their vehicles than owners of traditionally-powered or plug-in hybrid electric vehicles. J.D. Powers’ study summarizes the issue succinctly, saying, “A large reason for this is that BEV owners are 2.5 times more likely to not experience their service completed right the first time.”

Chris Sutton, vice president of automotive retail at J.D. Power says that “BEVs are in their early stages and dealers seem to be experiencing growing pains with servicing these vehicles,” Sutton said. “Automakers may want to invest in more dealer service training. Otherwise, they run the risk of losing return customers.” 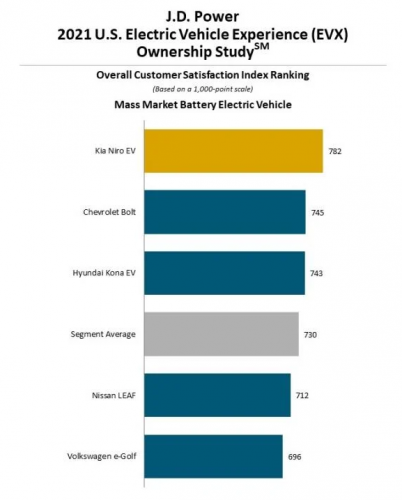 Interestingly, the study does help to validate one common reason that many BEV owners enjoy their vehicles. The study found that there was an even split among service visits for BEV owners between maintenance and repairs. Whereas owners of traditionally-powered vehicles bring their vehicles in for maintainance twice as often as for repair work. Also, a separate study by the organization found that only 54% of battery electric vehicle (BEV) owners indicate they had taken their vehicle in for service in the past 12 months. Sutton feels that this lower frequency of maintenance visits is one reason why the BEV owners feel less satisfied. “Not only are their vehicles more difficult to service than traditional internal combustion engine vehicles, but also the lower frequency of visits means dealers have fewer chances to make a positive impression on these customers.” 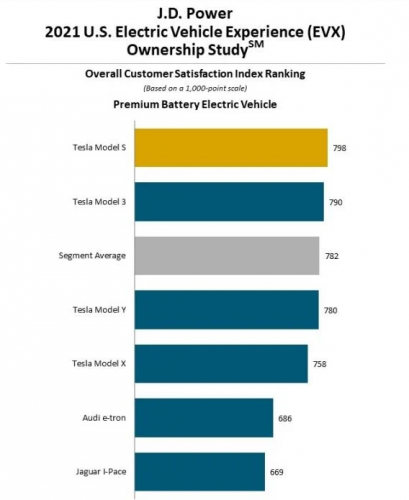 The largest supplier of BEVs in America, Tesla, was not included in the CSI study. Frankly, we feel this is very disappointing. J.D Power does have a different set of data comparing Tesla service to other brands' BEVs and the company’s Model S tops the organization’s Electric Vehicle Experience (EVX) Ownership Study. 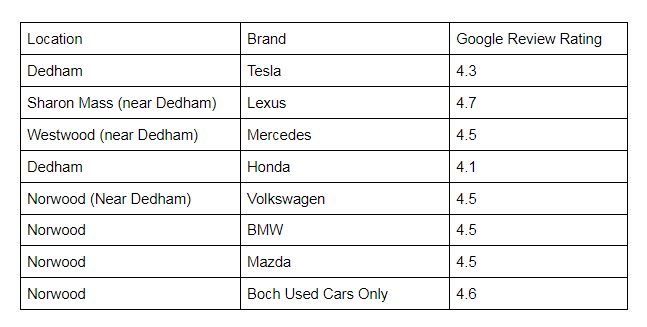 To get a feel for how Tesla’s dealerships and sales and service locations ranked in reviews, we did our own comparison of Tesla’s locations in Massachusetts vs. legacy brands. What we found from digging into Google Reviews was that Tesla’s customer service scores from its owners are just about the same or slightly lower than owners of brands like Toyota, Lexus, Mazda, BMW, and Honda. You can read that story, Shocker - Tesla's Dealerships Do Not Earn Higher Review Scores Than Traditional Brands’ at the highlighted link.

One thing that is clear from the data we have seen is that overall, Tesla owners seem to be more satisfied with the ownership experience of their BEVs than owners of other brands’ BEVs are. With Ford, VW, and Toyota only now starting to get serious about battery-electric vehicles, it seems clear that they have an opportunity to learn from the examples of Kia, Hyundai, Jaguar, Audi, Chevrolet, and Nissan.