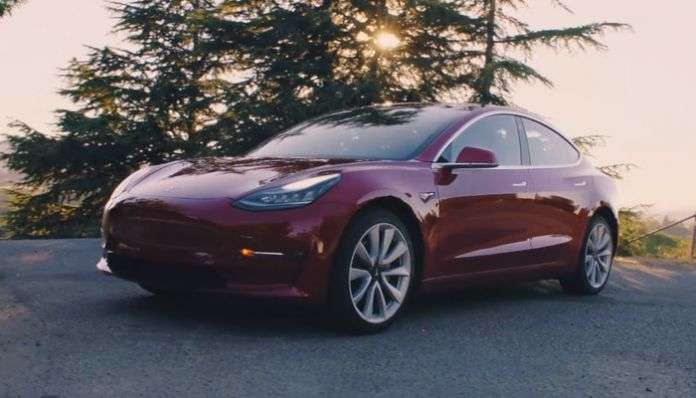 Reports are that Tesla, Inc. was investigated this year by the SEC. Tesla did not disclose the investigation to investors.
Advertisement

Tesla's model 3 sales launch has been a fiasco, but was it also criminal? A new report by Probes Report, LLC says that the Securities and Exchange Commission (SEC) investigated Tesla, Inc. this year about possibly misleading investors over sales of its Model 3.

Tesla Model 3 Launch Failure
By Tesla's own metrics, the Model 3 launch has been a failure. By this time (Late December, 2017) Tesla was to have sold well over 20,000 Model 3 vehicles. Current delivery data show that less than 2,500 have been delivered to owners. The reservations are there, Tesla bragged about having over 400,000 of them, but Tesla can't seem to make the cars. Like the Model X launch, there seems to be delay after delay. For a graph from Tesla showing the planned rollout overlaid with where the sales count actually is now, please see Tesla Model 3 Actual Deliveries vs. Tesla's Broken Promises.

Probes Report LLC Findings
Probes Report LLC says that it has obtained SEC documentation of the probe and has published the documents online. We should tip our hat at this time to Autoblog, who reported this story first.

The report shows the SEC felt that "...Tesla, its board of directors, employees, partners and or affiliates may have been employing devices schemes or artifices to defraud, obtaining money or property..." The report's section II part a. goes on to say the false statements were related to the Model 3. How serious was this investigation? Serious enough that the SEC issued subpoenas to Tesla according to the documents.

The investigation closed without action. However, Probes Report LLC believes that there is an unresolved SEC investigation related to Tesla not yet closed.

Probes Report LLC Summary On Tesla
Probes Reporter says of the uncovered SEC investigation and Tesla's handling of it, "To us, there's more than enough here to conclude this investigation should have been disclosed by Tesla. Investor focus on the Model 3 has been intense this past year, with Elon and his crew fanning the flames. With this backdrop, we think investors most certainly would consider an SEC probe that asked a lot of questions about the Model 3 to be material and, therefore, would have wanted to know about it."

Author note: The author of this story does not own any Tesla stock, or any funds holding Tesla stock, nor has he ever traded any stocks or securities related to Tesla Motors or Tesla, Inc.